The usual post-merger giddiness that abounds after a multibillion-dollar oil deal is noticeably absent in the wake of Chevron Corp.’s US$5-billion takeover bid for Noble Energy Inc.

With Chevron agreeing to pay just a 7.5-per-cent premium over Noble’s July 17 closing price, the all-stock deal is Shale patch isn’t eliciting much speculation that a new spree of acquisitions is in the offing. That means little prospect of relief for investors in hundreds of struggling drillers in places like West Texas and Oklahoma.

“There’s really not going to be a big wave of M&A,” said Bloomberg Intelligence analyst Vincent G. Piazza. “It’s going to be a function of survival.”

The shale sector that singlehandedly resurrected withering U.S. oil production during the past decade has been fading from favor among investors since long before the Covid-19 pandemic crushed global economic activity. The industry pumped too much crude too quickly just as worldwide demand weakened, wiping out cash flows and any prospect of near-term returns.

In fact, deal premiums in U.S. shale have been hard to come by for much of the past year. Callon Petroleum Co. angered major investors such as Paulson & Co. last year when it offered to buy Carrizo Oil & Gas Inc. at a 25-per-cent premium. Under pressure from holders who threatened to vote against the merger, Callon slashed the premium to 6.7 per cent. 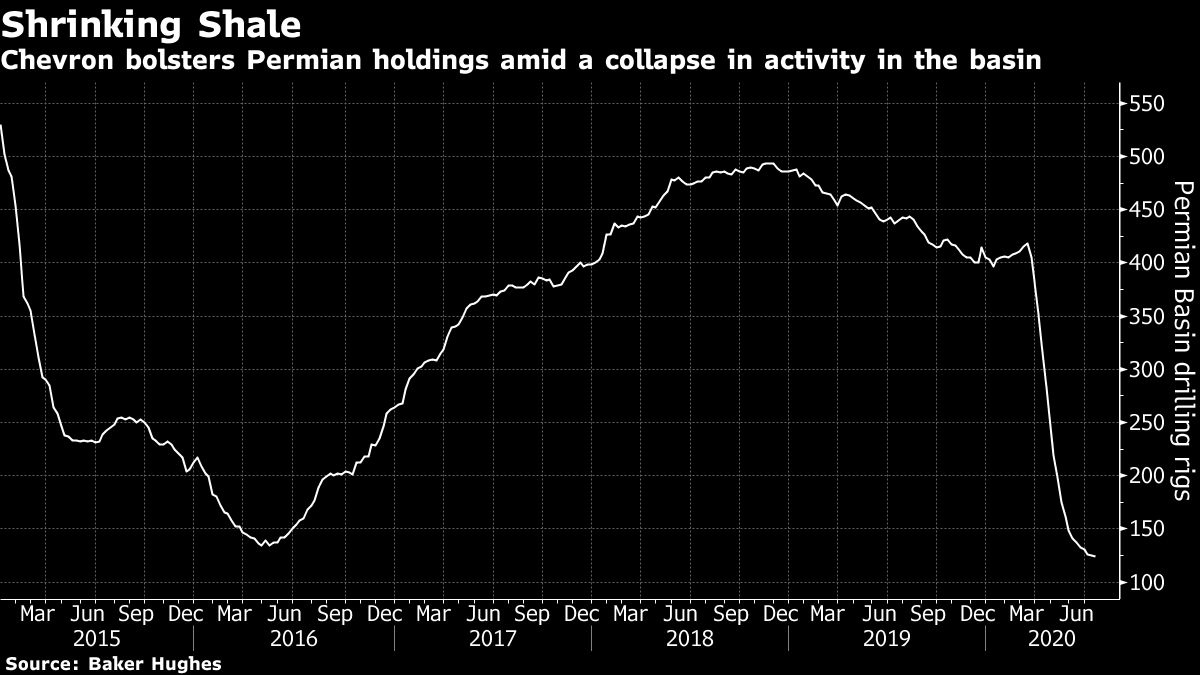 Just weeks after the Callon-Carizzo tie-up was announced, PDC Energy Inc. agreed to buy SRC Energy Inc. at a 3.8-per-cent discount to its most-recent closing price. At the time, analysts said the small or non-existent premiums signaled target companies were eager to take what they could get, given the darkening outlook for the sector.

“There’s very, very little enthusiasm for any type of splashy deal,” Piazza said Monday. “Deals in the E&P space come from a position of weakness, especially for the seller,” he said, using the acronym for explorers and producers. “This is the reality that we see before us.”

Vitol Group, the world’s largest independent oil trader, created an acquisition vehicle to buy up U.S. oil and natural gas assets. But the days of shale operators banking on Big Oil rivals to come and bail them out with high purchase prices appear to be over.

“If there’s a consolidation I think it’s important that it’s done in a way that is responsible, disciplined, that breaks from this pattern that I think investors are so frustrated with,” Chevron Chief Executive Officer Mike Wirth said in a phone interview. Chevron has a “high bar” for deals and won’t be in the market again for some time, at least until Noble is integrated and an internal restructuring is completed, he said.

Noble’s peers saw their shares rise following Chevron’s announcement, but the reaction was muted. Apache Corp., which like Noble has both U.S. shale and international assets, climbed as much as 6.4 per cent. Hess Corp., another shale name with a global footprint, rose 3.1 per cent. Permian drillers including Pioneer Natural Resources Co. gained 2.7 per cent. All three had pared their gains by early afternoon.

That’s in stark contrast to what happened last time Chevron announced a deal. When the oil major announced its ill-fated bid for Anadarko in April 2019, Pioneer shares rose 12 per cent and Parsley Energy Inc. also posted a double-digit gain.

“It feels to me that there’s still a view that the assets are going to get cheaper,” said Dan Pickering, founder of Pickering Energy Partners. “There’s just not a lot of urgency here.”

Chevron has also been on the hunt for a takeout target for months. Noble CEO Dave Stover indicated during a conference call that the company had fielded multiple inquiries, though analysts expressed skepticism that there are many other major explorers in the market.

“The low premium gives us the impression that this deal was more about opportunity than appetite,” Johnson Rice & Company analysts said in a note. “Second, for all those hoping to ride off to glory in the M&A sunset, there is now one less horse to ride.”