Russians don’t want to give any room for shale to come back and spoil the party: Helima Croft

They weren’t ordering their crews to drill for more oil. They weren’t game-planning a miraculous comeback in American crude production. They were securing hedges -- locking in prices for the oil they plan to produce next year and protecting themselves against a potential market slump, people familiar with the trades said, asking not to be named because the information isn’t public.

The hedges are just about the only thing that’s certain about shale’s response to the OPEC+ crisis thus far. The cartel’s failure to reach a deal in several meetings since last week has raised the question of whether America’s oil drillers will stage a comeback and take advantage of the moment to steal market share. Some, on the other hand, fear the group’s rift could trigger a price war that would flood the market with crude. 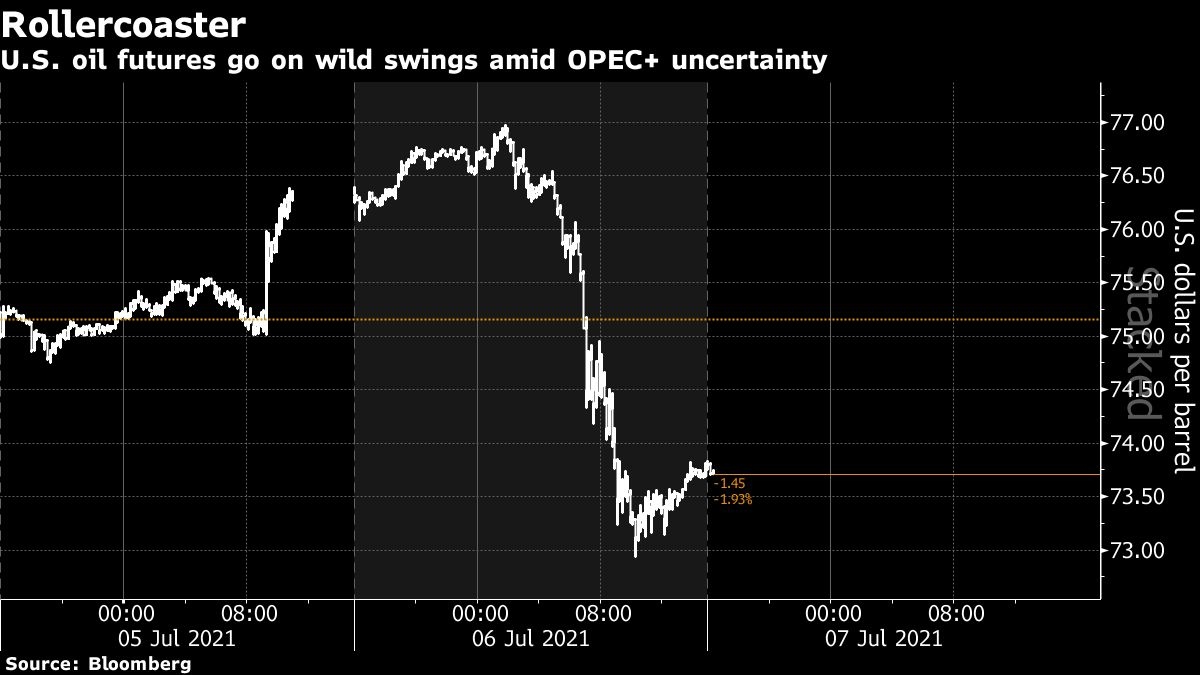 It most certainly represents the biggest test yet of shale’s newfound resolve to act with discipline and focus on investor returns as opposed to obsessing over growth. Whether the industry will manage to stay its course or put hundreds of sidelined drill rigs back to work is a matter of great debate.

The head of Patterson-UTI Energy Inc., the second-largest owner of drilling rigs in the shale patch, said in an interview Tuesday that he believes shale drillers are capable of doing both -- raising output in response to high oil prices and keeping their promise of spending discipline to investors.

What’s clear for the time being is that U.S. producers have yet to show any meaningful signs of returning to growth in the shale patches from Texas to North Dakota. And it could very well be that the industry waits out the OPEC+ storm, sees how it all plays out and gauges investor sentiment before deciding on its next move.

U.S. explorers “have said they’re going to maintain fiscal discipline, and I believe they will -- I believe they need to,” said Patterson Chief Executive Officer Andy Hendricks. But investors’ mindset could actually be what shifts, he said: “With oil trading at US$73 a barrel, they’re going to be saying, ‘Why don’t you drill a little bit more? Let’s produce a little bit more.’”

Until that happens, they’re hedging: Open interest on New York oil futures, which indicates the total number of contracts held by the market at the end of a trading day, has risen strongly in the past week, mostly in tandem with gains in U.S. oil prices. Some of it stems from shale drillers taking out new positions as a means to hedge or protect their spending budgets in case prices weaken in the months to come. 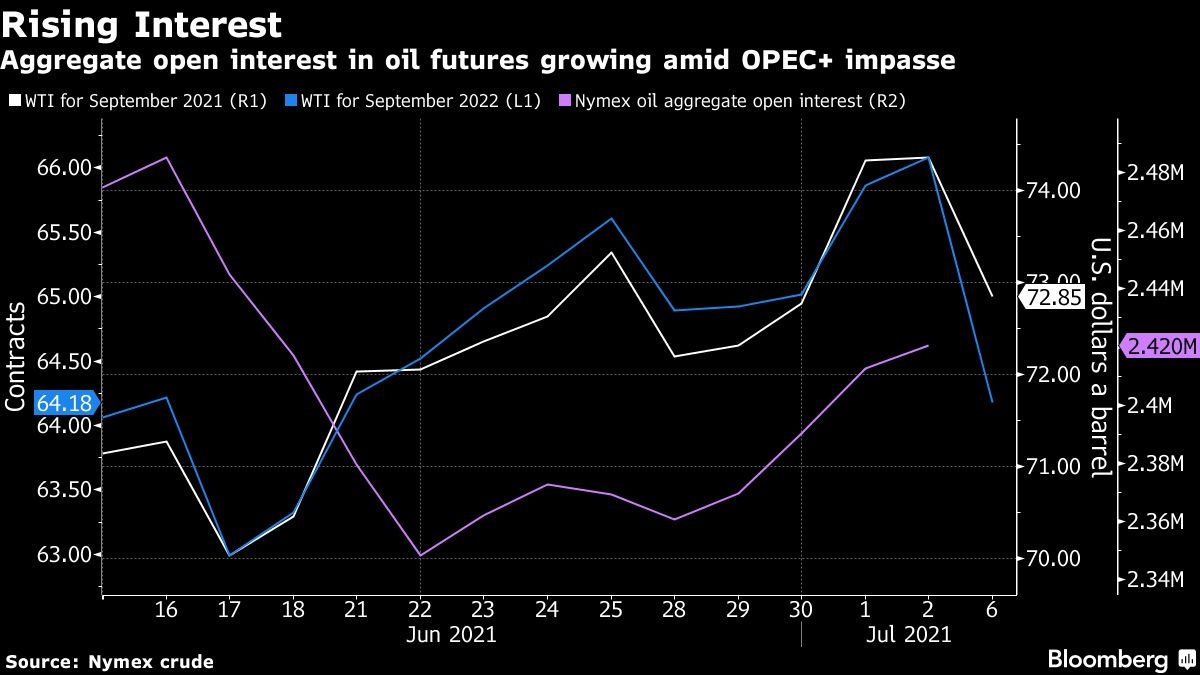 The uncertainty that hit the market is made clear by the price swings that followed the OPEC+ impasse over the past two sessions.

West Texas Intermediate oil futures hit their highest since 2014 on Tuesday, just 2 cents shy of $77 a barrel, before plunging later in the day to less than $73. In London, Brent crude fell below $75 a barrel after jumping past $77 for the first time since 2018 on Monday.

Current price levels are “very healthy” for the industry, but they will lead to more investment and, unless demand continues to grow, downward pressure on prices, said Bobby Tudor, co-founder and chairman of Houston-based investment bank Tudor, Pickering, Holt & Co. “We don’t believe that price cycles have gone away,” he said. “We’re just in another part of a new one.”

Raoul LeBlanc, an analyst at IHS Markit Ltd., says shale producers probably need a sustained price of about US$85 a barrel to both increase production at 8 per cent to 10 per cent a year and adequately reward shareholders.

“The U.S. actually can grow faster than ever without much problem, it’s just that they’re choosing not to do so at the behest of shareholders,” he said. “The temptation is getting stronger for the U.S. to restart growth in a way that will materially impact the global balance.”

For the most part, U.S. producers have set their 2021 drilling plans in stone and spent months reassuring investors that they won’t overspend their budgets, unlike much of the past decade’s debt-fueled boom.

Most producers will only publicly reveal their drilling budgets in the fourth quarter or in the first quarter next year, so there’s time for them to adapt to a new period of higher prices.

Daniel Yergin, an oil historian and vice chairman of IHS Markit, expects shale to add about 200,000 barrels a day to U.S. production this year, and as much as 400,000 next year if prices remain above US$65 a barrel.

At a stable US$75 a barrel, much of U.S. shale could increase spending 30 per cent while still sticking to the low capital reinvestment rates promised to shareholders, according to Artem Abramov at Rystad Energy.

The boost would “be delivered with very low reinvestment of about 50 per cent” of cash flows, Abramov said. Large producers like EOG Resources Inc., Devon Energy Corp. and Pioneer Natural Resources Co. could even achieve a “much lower” rate than this, he said.

OPEC and its allies will be mindful of the production power of U.S. shale, even as they pledge not to overwhelm global markets. The U.S. added 7.1 million barrels a day between 2011 and 2019, roughly the equivalent of the Unite Arab Emirates, Kuwait and Iran’s current production combined.