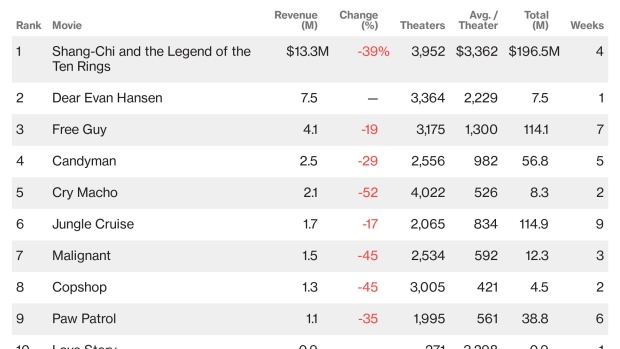 (Bloomberg) -- “Shang-Chi and the Legend of the Ten Rings” led the North American box office for a fourth straight weekend, surpassing “Black Widow” as the highest domestic earner of the pandemic.