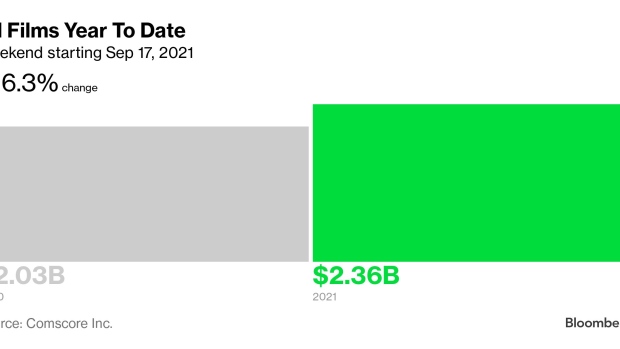 (Bloomberg) -- “Shang-Chi and the Legend of the Ten Rings,” a Marvel superhero film, dominated the box office for a third straight weekend, benefiting from few new releases from competing studios.