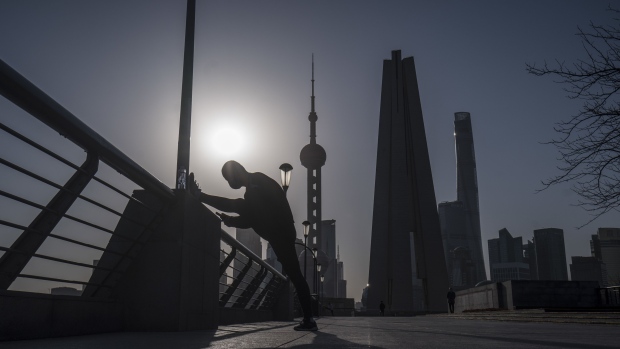 (Bloomberg) -- The city of Shanghai launched a trial to eliminate all so-called hidden government debt, becoming the second Chinese region to start a program to clean up off-balance sheet risk.

The trial was in response to the central government’s strategy to prevent and resolve financial risks related to local government hidden debt, the Shanghai city government said in a statement on its website Tuesday. It didn’t provide further details on the trial.

A major source of hidden debt is local government financing vehicles, or LGFVs, which are used to raise funds for infrastructure and other expenditure and carry an implicit guarantee of repayment. Goldman Sachs Group Inc. estimated that LGFV debt surged to 53 trillion yuan ($8.3 trillion) at the end of last year from 16 trillion yuan in 2013. That’s equal to about 52% of China’s gross domestic product and is larger than the amount of official outstanding government debt.

Beijing has tried to tackle hidden debt for several years already but gave it more importance this year after calling it a national security risk. It’s ordered officials to deal with it by paying down debt or bringing it onto the balance sheets of local authorities.

Cities and provinces may have started to use some of the proceeds from the sale of refinancing bonds to repay hidden debt this year, an analysis by Bloomberg found.