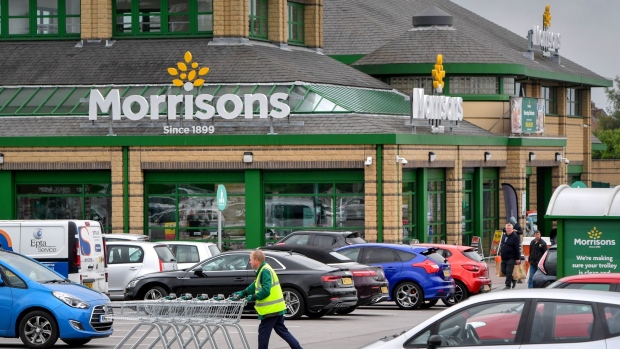 Britain’s fourth-largest grocer published documents on Saturday saying when shareholders will decide the outcome of what could be the country’s largest take-private deal in a decade. A vote of 75% or more is required for CD&R’s deal to go through.

However, CD&R could still face a late challenge from a consortium led by Fortress Investment Group, which has been pursuing the grocer throughout the summer and hasn’t yet declared whether it’s walking away.

Morrison said in the document that as neither CD&R nor Fortress has declared its offer final, “a competitive situation” exists, and as a result there will likely be an auction to resolve the matter. It’s expected the Takeover Panel, a body that oversees U.K. takeover transactions, will announce the terms of the auction process soon.

The fight for Morrison reflects the continued interest in Britain’s supermarkets following the 6.5-billion-pound buyout of Asda, the U.K.’s third-largest grocer, earlier this year. Private equity investors want to capitalize on the improving fortunes of leading chains after lockdowns triggered a surge of in-store and online grocery spending.

CD&R is being advised on its bid by Terry Leahy, who previously ran Britain’s biggest supermarket chain, Tesco Plc. The private equity firm has made pledges to maintain Morrison’s policy on pay and pensions, and support its long-term relationships with British farmers.

It also promised not to carry out material sales and leasebacks of the grocer’s extensive real estate portfolio. Morrison owns most of its 500 stores as well as 14 factories where it makes much of the food it sells.

The offer from CD&R will be funded with more than 3.4 billion pounds of equity from funds managed by the private equity firm. Debt of about 6.6 billion pounds will be provided by bridge loans and revolving credit facilities by Goldman Sachs, Bank of America, Mizuho and BNP Paribas.

Details in the document show that CD&R is likely to incur nearly 350 million pounds of fees related to the transaction. Most relate to financing costs and broking advice. Morrison’s advisory fees are approaching 57 million pounds.

CD&R said that in addition to supporting Morrison’s existing pay and pension arrangements, it’s also agreed to a “comprehensive mitigation package” to provide “additional security and covenant support to the Morrison Pension Schemes”.

Morrison’s pensions have a surplus of more than 700 million pounds but the trustees have pushed to look in additional security from CD&R.