The high-stakes power struggle at Rogers Communications Inc. (RCI) that has pitted the now-ousted chairman, Edward Rogers, against family members and the executive ranks could potentially derail the company’s planned takeover of Shaw Communications Inc., according to one analyst.

“We question why he is taking these actions while Rogers is trying to gain regulatory approval for its acquisition of Shaw Communications, potentially putting the transaction at risk,” said David Heger, a communications analyst with Edward Jones, in a report to clients Friday.

While Heger, who has a hold recommendation on shares of Rogers, acknowledged that he has no direct knowledge of Mr. Rogers’ motives, he said “we suspect that [Mr. Rogers] may be unhappy with the company’s stock underperformance in recent years relative to some of its Canadian communication services peers.” 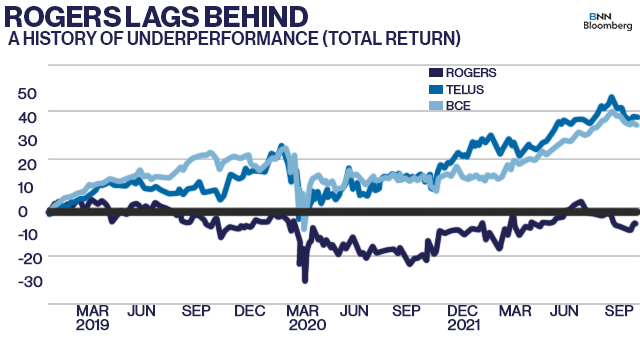 The battle for control of Rogers has been playing out as the company awaits final approvals for its $20-billion acquisition of Shaw Communications Inc. The value of that deal balloons to $26-billion when Shaw’s debt is taken into account.

The transaction was announced in March and has already secured approval from shareholders, who will receive $40.50 in cash for each Shaw share they hold if the deal closes.

In a statement Friday afternoon, Shaw Communications Executive Chair and Chief Executive Brad Shaw affirmed his company’s desire to push the deal over the finish line.

“On behalf of my family, the Shaw Board of Directors, and our management team, I want to reiterate our continued commitment to work with Rogers Communications Inc. to close the transaction.”

However, since Mr. Rogers’ failed attempt to oust Rogers Chief Executive Officer Joe Natale was first reported by The Globe and Mail earlier this month, investors have been showing apprehension as Shaw shares closed lower in nine consecutive sessions through the close of trading Friday, falling well below the value of the takeover offer.

“RCI has a strong management team and I am totally supportive of working with them on our business objectives, execution, and return to stability. My focus, and our company’s focus, will continue to be on securing approval for the Shaw transaction,” Mr. Rogers said in a statement late Thursday night.

“Edward is really rolling the dice here,” said Norman Levine, a portfolio manager at Toronto-based Portfolio Management Corp., in an interview Friday. “I understand why Shaw shares have been coming off here: the uncertainty is building up.”