Shaw has declined seven consecutive days in a period of broad weakness in equity markets and ended Wednesday at $36.92. Rogers, the country’s largest wireless and cable provider, has offered $40.50 cash per Shaw share for an acquisition that would allow it to become a national cable player and bolster its wireless infrastructure in Western Canada.

Shares of Rogers have fallen nearly 10 per cent in the past two weeks and Canada’s other major telecommunications firms, BCE Inc. and Telus Corp., have dropped more than 5 per cent as investors reprice stocks in an environment of higher interest rates and stubborn inflation. 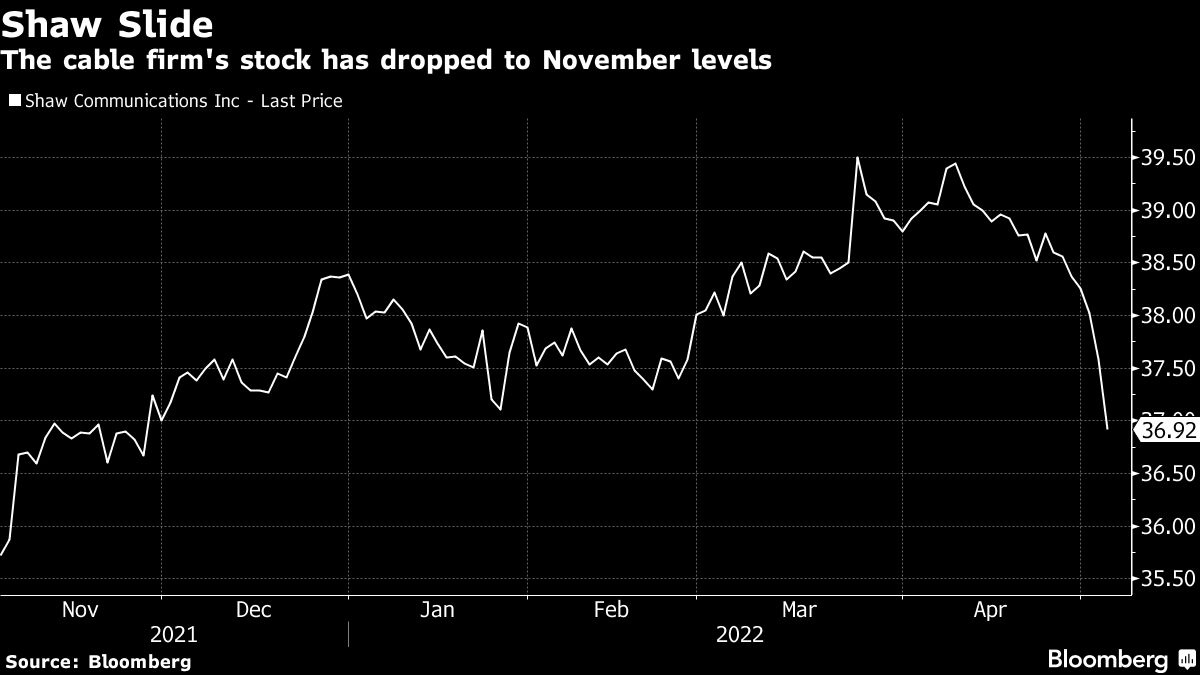 Rogers and Shaw have set June 13 as the deadline for closing the transaction, though they could extend it if regulators need more time.

The deal has already cleared one regulatory hurdle: Canada’s broadcast regulator signed off the transfer of Shaw’s broadcast systems to Rogers. But the deal still requires approval from the Competition Bureau and a key federal ministry.

Most analysts have said they expect deal the deal to be completed at that price, but with divestitures. Rogers buying Shaw would eliminate the No. 4 wireless competitor in major cities like Toronto and Vancouver. Rogers executives believe the government won’t allow that, so the company has already solicited bidders for Shaw’s wireless division, Freedom Mobile.