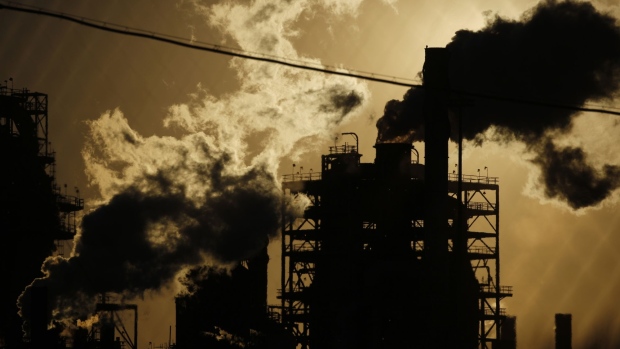 (Bloomberg) -- Climate issues are set to take center stage at Shell Plc’s annual general meeting on Tuesday, with a key group saying the energy giant isn’t abiding by a landmark court order requiring it to cut emissions by 45% by 2030.

Milieudefensie, the Dutch arm of Friends of the Earth, says Shell’s plans around customer-related emissions -- which make up the bulk of its pollution -- aren’t in line with last year’s judgment. The group originally brought the case against the company.

“The judge’s verdict is clear and necessary: Shell must stop causing dangerous climate change,” said campaign spokesperson Nine de Pater, who plans to attend the meeting in London as a proxy shareholder.

Shell has come under intense scrutiny over its efforts to reduce greenhouse gas emissions by the middle of the century. Last month, the oil and gas giant told investors to reject a separate activist group’s resolution seeking more stringent climate goals. The company is also appealing the Dutch court ruling, which it has said isn’t effective.

“The Dutch District Court gave Shell a broad discretion as to how to meet the reduction obligation by its 2030 deadline,” a company spokesperson said. Shell is complying with the judgment through its energy transition strategy and making progress on reducing its emissions, the spokesperson added.

Investment fund Odey Asset Management, which became a Shell shareholder at the beginning of last year, has called for the company to drop its appeal. The money manager proposed that the company litigate at the European Union level so that the same ruling applies for all other energy and fossil fuel companies within the bloc.

Last year Shell’s scope 3 emissions -- those associated with end-users -- were little changed from 2020 at 1.299 billion tons of carbon dioxide equivalent, according to the company’s annual report.

In a letter to Shell executives dated April 25, Milieudefensie acknowledged that the company’s scope 3 emissions had dropped at a quicker-than-expected rate when compared to 2019 levels. However, it said the company’s policy isn’t compatible with its obligation for reductions.