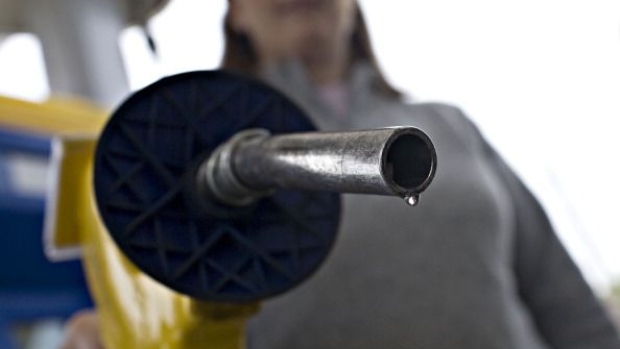 UNITED STATES - MAY 15: A drop of E85, a mixture of 85 percent ethanol and gasoline, hangs at the end of a gas pump held for a photograph by Katie Hitt at a Mobil station in Birmingham, Michigan, U.S., on Thursday, May 15, 2008. Prices for wheat, corn and soybeans have climbed to records, partly on demand for the grains to make fuels such as ethanol as an alternative to crude oil. (Photo by Daniel Acker/Bloomberg via Getty Images) Photographer: Bloomberg/Bloomberg , Photographer: Bloomberg/Bloomberg

Brazil’s largest sugar and ethanol producer is poised to sell at least 810,811,000 preferred shares at 7.40 reais apiece on Tuesday, the bottom of the indicative range, according to people familiar with the matter, who asked not to be named as the information isn’t public yet.

Talks are still ongoing and no final decision has been made yet, said the people. The firm is also weighing whether to sell any over-allotments, according to the people.

Raizen has gained momentum recently on prospects of increased ethanol demand from Brazil’s biofuels program, while the firm also got a boost from record-high sugar prices amid global deficits. Raizen announced in February the acquisition of rival Biosev, its biggest bet on sugarcane in many years, a deal that came as part-owner Shell has has been under pressure to reduce its carbon footprint.

Raizen, which is also a major fuel distributor in Brazil, will use proceeds from the offering for investments including building new plants as it expands production of renewable products. The firm plans on having 20 plants to produce second-generation ethanol -- which is made from agricultural waste rather than food crops -- by 2031.

Some are wary about the upcoming expansion. Raizen’s plan will require heavy investments and an accelerated execution, said Felipe Ruppenthal, an analyst at Eleven Financial Research, in a report dated July 27.

Eleven recommended investors scoop up Raizen shares at up to 8.50 reais, the mid-point of the indicative range. However, Ruppenthal said investors should be wary of execution risk and growth that will only be achieved in the long run.