The deal will give ConocoPhillips additional daily production in 2022 of about 200,000 barrels of oil equivalent, it said Monday in a statement. That will make the Houston-based company one of the Permian’s biggest producers, rivaling Pioneer Natural Resources Co. and Chevron Corp. in terms of crude output.

The Permian, which straddles West Texas and New Mexico, is the world’s busiest shale patch and accounts for nearly half the current activity in U.S. oil fields. ConocoPhillips already boosted its footprint there earlier this year when it took over independent producer Concho Resources Inc. for about US$13 billion.

ConocoPhillips said it will fund the latest transaction with cash on hand. Based on current futures prices and estimated production, next year’s free cash flow from the acquired operations is estimated at US$1.9 billion. The company also announced a 7 per cent bump in its dividend to 46 cents per share.

What Bloomberg Intelligence Says
“The deal came in at US$42,000 per net acre and US$54,000 per flowing barrel, both much higher than its Concho deal, although oil prices are up 64 per cent since then. Conoco’s balance sheet can absorb the costs, but the deal is a far cry from its value-investing mantra, especially since Shell is a motivated seller and few peers can write a check this large.”
--Fernando Valle, senior energy analyst, and Brett Gibbs, associate analyst

In Shell’s hands, the Permian operations were “sub-scale,” Upstream Director Wael Sawan said in an interview. “To truly unlock the full value of an asset like this you need the scale,” he said.

Sawan added that the deal gives Shell the equivalent of more than a decade’s worth of cash flow from the Permian assets. The company said in a statement the proceeds will be used to fund US$7 billion in additional shareholder distributions after the close of the transaction, which is expected in the fourth quarter. It also disclosed the Permian business had a pretax operating loss of US$491 million in 2020, a year in which oil prices collapsed due to the pandemic.

Shell’s retreat from the Permian comes as the Anglo-Dutch giant reconfigures its strategy in favor of less carbon-intensive fuels while targeting net-zero emissions. Shell was ordered by a Dutch court in May to slash emissions harder and faster than planned after losing a case against an arm of Friends of the Earth.

The transaction is the latest in a string of shale-related transactions in 2021. Fueled by higher cash flows on the back of a recovering oil price, independent U.S. exploration and production companies have sought out mergers to cut costs and gain scale, with the encouragement of investors who have suffered over several years of disappointing returns from the industry.

U.S. shale has also kept a lid on production in the past year despite the rebound in prices, in an effort to avoid repeating the output boom during the previous cycle that led to a glut and helped erode profitability. 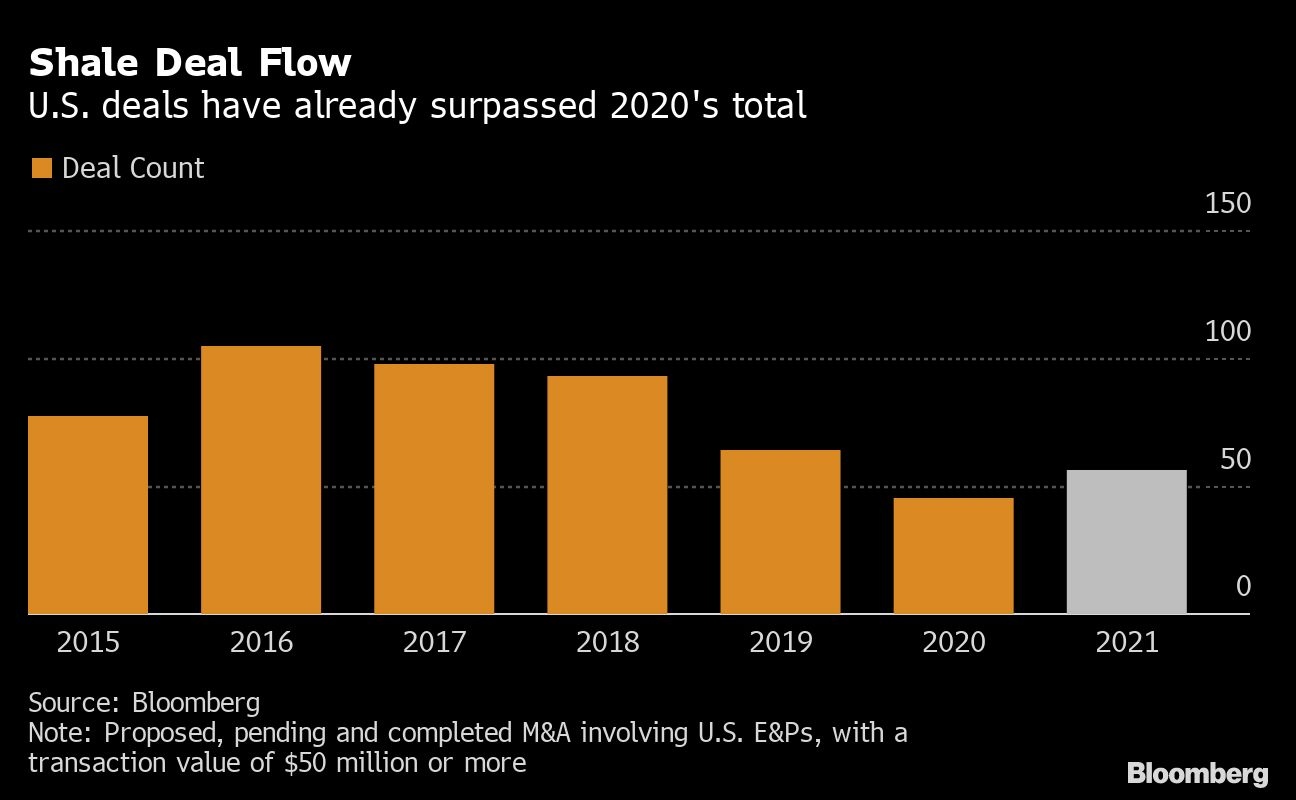 ConocoPhillips was little changed at US$57.15 at 5:43 p.m. in after-hours trading in New York. Shell’s American Depositary Receipts climbed 1.3 per cent to US$40.