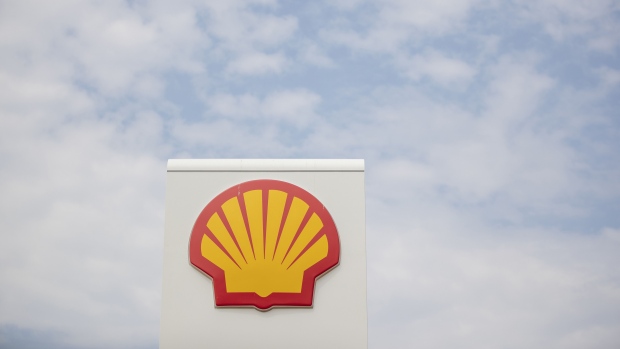 A Shell logo sits on a sign at a gas station, operated by Royal Dutch Shell Plc., in Rotterdam, Netherlands, on Wednesday, July 25, 2018. Bloomberg/Jasper Juinen

Two energy companies whose deal over aging assets in Alberta failed to win approval from the province's energy regulator over environmental concerns say they will try again.

"We'll be seeking to understand from the (Alberta Energy Regulator) what would be acceptable to them."

On Thursday, the regulator refused to transfer licences for 284 wells, 66 facilities and 82 pipelines in the southern Alberta foothills -- most involving toxic sour gas -- from Shell to Pieridae Energy. Pieridae is a small Calgary company that plans to pipe the gas to the East Coast, liquefy it in an as-yet-unbuilt plant and ship it to Germany.

The sale has closed and Pieridae owns and operates the assets.

The regulator said it didn't like how the application to transfer the licences would have split liabilities for cleaning up the sites, especially two gas-processing plants. The terms of the sale would have had Shell responsible for existing contamination and Pieridae on the hook for future problems.

The regulator said it would be impossible to know which company would be responsible for what part of remediation. It also said the company that made the mess should be the one to clean it up.

Crothers acknowledged the application was unusual, but said Shell stands by its plans.

"Shell is holding fast to its intent to step up and own the obligations related to the historic environmental liability at the two gas plants," he said. "We think that's the right thing to do."

The regulator pointed out that allowing a company to sell an asset while holding on to its liability reduces incentives to clean it up. It would also nullify some enforcement measures.

"We have an exemplary record of environmental performance and regulatory compliance. We are a leader in our peer group in terms of commitment to environmental action."

At the time of the sale, Pieridae's market value was less than the price of the assets. Several groups expressed concern about the deal, including other energy companies, as well as the Orphan Well Association, an industry-funded group responsible for abandoned sites.

The sale was viewed as a litmus test of the regulator's determination to prevent more energy cleanups from being shuffled off to taxpayers. Those observers welcomed Thursday's announcement.

"We've moved into a new era," said Shaun Fluker, a University of Calgary professor of resource and environmental law.

"If you are going to take on assets, you have to demonstrate that you can meet those obligations and have the financial ability to meet them.

"You can't structure a proposal where the resulting approvals will be a workaround of the statutory regime, which is really what this was."

Pieridae, which said its finances are healthy, says that's not so.

"The decision has nothing to do with Pieridae's financial position nor its ability to clean up certain assets," said a statement from president Alf Sorensen. "The company is confident that the Shell asset acquisition ... can be aligned to address the concerns of the (regulator)."

Until the licences are transferred, the liabilities remain with Shell, Crothers said.

He said the companies are examining their options. They may take the ruling to the regulator's internal appeal board or submit a rejigged application.

"We will continue to work with the (regulator) on a solution that satisfies them."