LONDON - Royal Dutch Shell has agreed to sell most of its Canadian oil sands assets to Canadian Natural Resources Ltd. for US$8.5 billion, the latest international oil major to withdraw from the costly projects, which are among the most carbon heavy.

Shell is trying to sell assets totaling US$30 billion to cut debt following its US$54 billion acquisition of BG Group and is under investor pressure to mitigate climate change risks.

“Ultimately, this is a real call on oil prices,” said CNRL shareholder Greg Newman, portfolio manager at Newman Group, in an interview with BNN. “All in, it’s bold. This is the time when you want to be buying when people are scared.”

As well as revealing the Canadian oil sands sale, Shell also said on Thursday that 10 per cent of directors' bonuses will now be tied to how well it manages greenhouse gas emissions in refining, chemical and upstream.

Analysts welcomed the deal, under which Shell has agreed to sell its existing and undeveloped Canadian oil sands interests to Canadian Natural and to cut its share in the Athabasca Oil Sands Project (AOSP) from 60 to 10 per cent.

Shell is also buying half of Marathon Oil Canada Corporation which brings the deal's value to Shell to US$7.25 billion and its divestment plan total to around US$20 billion as it works towards its target of US$30 billion by late 2018.

Other oil firms including Exxon Mobil, Conoco Phillips and Statoil have written down or sold their Canadian oil sand assets.

Shell said it would remain as operator of the AOSP Scotford upgrader and the Quest carbon capture and storage project.

Shares in Shell were trading 1.1 per cent lower at 0852 GMT, in line with the sector index that was down 1.2 per cent.

The company is also replacing earnings per share in directors' long-term incentives with free cashflow, saying its disposals program had made it a more important metric.

In its annual report, Shell said its Chief Executive Ben van Beurden saw his pay jump 60 per cent to 8.263 million euros (US$8.7 million) in 2016, the year he pulled off the BG purchase. 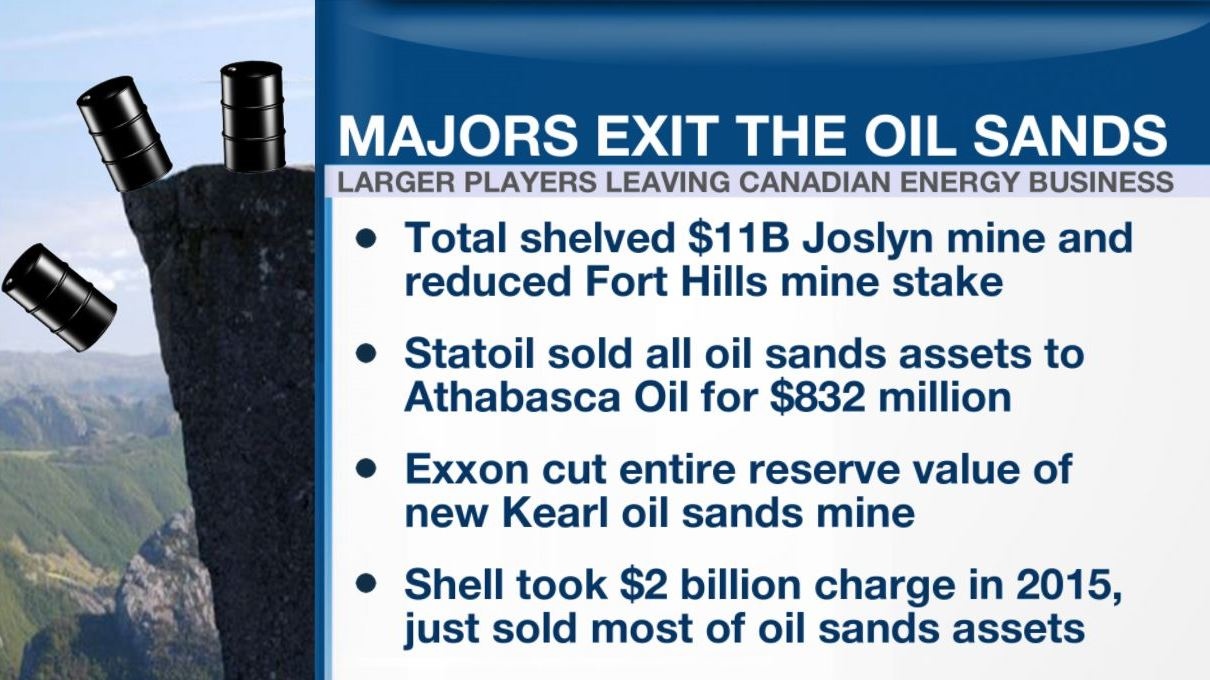