Royal Dutch Shell Plc raised its dividend by almost 40 per cent and said it will buy back US$2 billion of shares, continuing an effort to win back investors as stronger oil prices and a buoyant chemicals market lifted earnings.

The move comes more than a year after Shell slashed its dividend by two-thirds. Modest increases to the payout since then did little to boost the company’s appeal, with its shares still about 40 per cent lower than pre-pandemic levels despite a full recovery in oil prices.

The big increases to shareholder returns announced on Thursday show a concerted effort to restore the Anglo-Dutch company’s reputation as a cash machine for investors. TotalEnergies SE also said on Thursday that it will start repurchasing shares as profit surged.

“We are stepping up our shareholder distributions today, increasing dividends and starting share buybacks,” Chief Executive Officer Ben van Beurden said in a statement. “The quality of Shell’s operational and financial delivery and strengthened balance sheet have given the board confidence.”

Shell will pay a dividend of 24 cents a share for the second quarter, a 38 per cent increase from 17.35 cents in the prior period. That’s still some way below the 47 cents a share the company paid out before the pandemic. 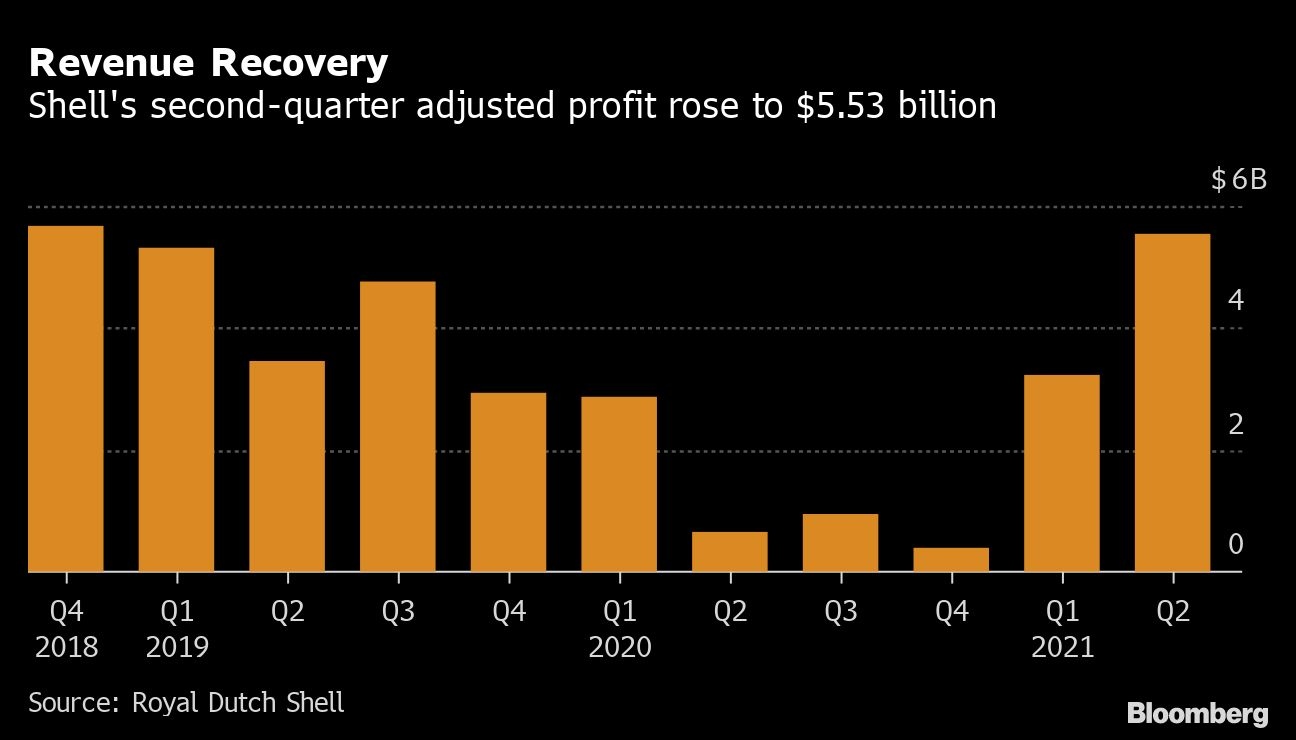 The increased payouts follow in the footsteps of its European peers BP Plc and Equinor ASA, but with buybacks on a much larger scale for 2021. The whole industry is boosting investor returns as it recovers from a historic downturn due to the coronavirus pandemic.

“Shell was ready to show off the cash and return it as the second quarter marked an important inflection on demand recovery,” JPMorgan Chase & Co. said in a note. The changes “should see shares perform well today.”

Shell’s second-quarter adjusted net income was US$5.53 billion, compared with US$638 million a year earlier. That was above the average estimate of US$5.2 billion in a Bloomberg poll of 15 analysts. 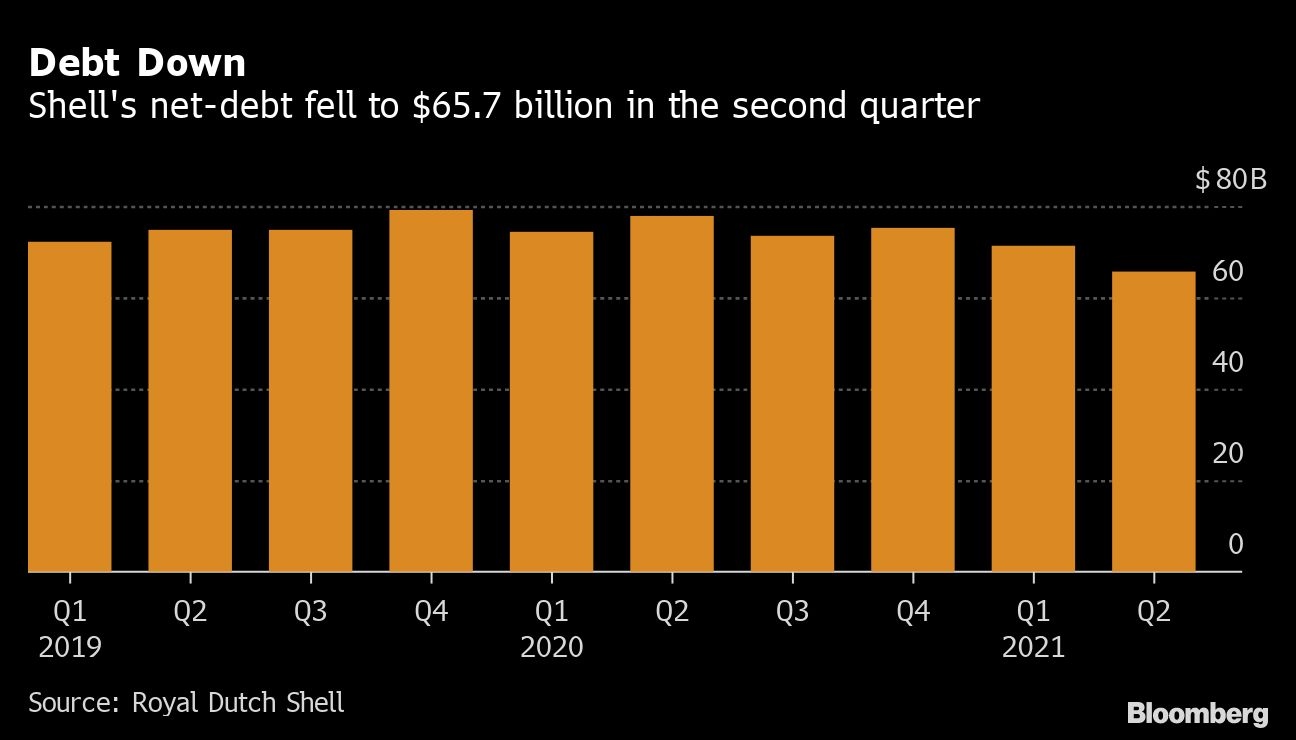 Shell is proceeding with the buybacks after dropping its condition that net debt should fall below US$65 billion before shareholder distributions increase. At the end of the second quarter, the company’s net debt was US$65.7 billion.

“We are now in a much more sophisticated game of optimizing” between various goals including reducing debt, boosting shareholder returns and investing for growth, Van Beurden said in a Bloomberg TV interview.

Profit at Shell’s chemicals division was slightly down from the first quarter, but still at a historically high level. The unit made US$670 million, a more than threefold increase from a year ago. The chemicals industry is booming because of shifting consumers habits during the pandemic. ExxonMobil Corp. is expected to do particularly well thanks to its massive petrochemicals division.