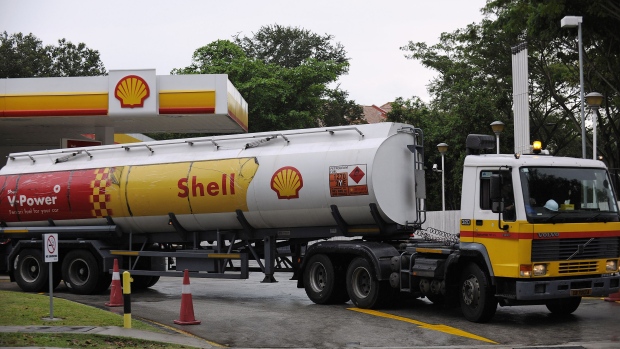 The Anglo-Dutch company, which set out bolder climate goals in April, has said it sees oil-product demand falling as the world shifts to a cleaner energy mix.

The oil major will halve processing capacity at its refinery on Singapore’s Pulau Bukom island, it said in a statement. Downsizing the 500,000-barrel-a-day plant, Shell’s largest wholly owned refinery, will mean reducing staff to about 800 by the end of 2023 from 1,300, a company spokesperson said.

Shell plans to eliminate all net emissions from its own operations and the bulk of greenhouse gases from fuel it sells to customers by 2050. The company has started shutting refining capacity in the U.S. and will shrink its portfolio to just six sites that combine both oil refining and chemical operations -- including the one in Singapore.