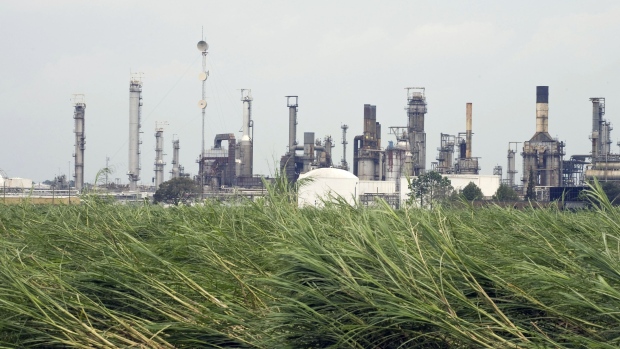 Royal Dutch Shell Plc will begin shutting its Convent refinery in south Louisiana mid-month while it continues to seek a buyer for the facility, part of a plan to reduce its global sites and focus on combined oil refining and chemical plants.

With global demand and profits stung by the spread of COVID-19, the shutdown of 53-year-old Convent, which has about 675 employees, is part of Shell’s larger strategy to shrink its portfolio to six facilities from 14 by 2025, Shell said in a statement. The remaining sites will have integrated oil refineries and chemical plants.

Shell plans to “invest in a core set of uniquely integrated manufacturing sites that are also strategically positioned for the transition to a low-carbon future,” according to a statement Thursday. “A key advantage of these core sites will also come from further integration with Shell trading hubs, and from producing more chemicals and other products that are resilient in a low-carbon future.”

The decision to shut the 211,100 barrel-a-day Convent facility comes amid a spate of refinery closures in the U.S. from operators including Marathon Petroleum Corp. and Phillips 66, with some sites permanently shutting and others being converted into renewable diesel plants. Shell is trying to sell operations in Puget Sound in Washington and Saraland, Alabama. The company completed a sale of its Martinez refinery in the San Francisco Bay area to PBF Energy earlier this year.

In September, Shell said it would retain six facilities that have both an oil refinery and chemical operations, including Norco in Louisiana and Deer Park in Texas, Rheinland in Germany, Pernis in the Netherlands, Pulau Bukom in Singapore and Scotford in Canada.

In Louisiana, Shell will retain its refinery and chemical sites in Norco and Geismar, its midstream infrastructure assets, branded retail presence, Gulf of Mexico operations and offices in New Orleans.

The so-called crack spread, which measures the difference between gasoline and diesel over West Texas Intermediate, was trading around US$8.75 a barrel Thursday, down from US$14.67 at the same time last year.