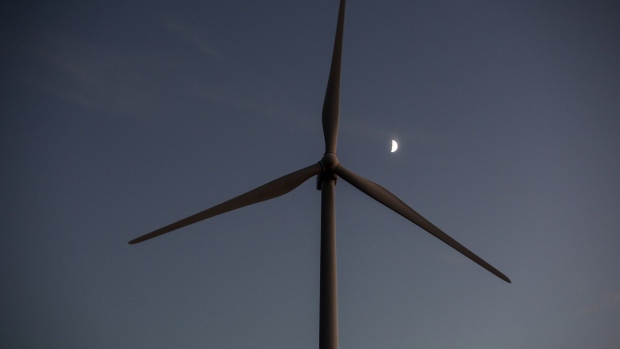 (Bloomberg) -- European oil major Shell Plc is looking at expanding its wind-power business in Australia as it eyes options offshore and diversifies away from fossil fuels.

The London-based company has ramped up investments in wind projects in the past year as it seeks to move into cleaner sources of energy. Shell made its first wind investment in Australia earlier this year when it bought a 49% stake in developer WestWind Energy Development Pty Ltd., which has projects in Victoria, New South Wales and Queensland.

“Shell is investigating opportunities to transform our Australian portfolio, with offshore wind opportunities being of interest,” a spokesperson said by email on Monday. The Australian Financial Review earlier reported the news.

Australia introduced changes to its legislation last year in a bid to accelerate the development of offshore wind. The country still gets the bulk of its power from coal, but is a world leader in solar and onshore wind. The legislation establishes a regulatory framework for the industry in commonwealth waters.

Shell isn’t the only European oil and gas giant aiming to expand in Australia. In June, BP Plc said it would take the lead in the $36 billion Asian Renewable Energy Hub, a project that aims to install 26 gigawatts of solar and wind farms over a vast 6,500-square-kilometer (2,500 square-mile) stretch of Western Australia’s Pilbara region.