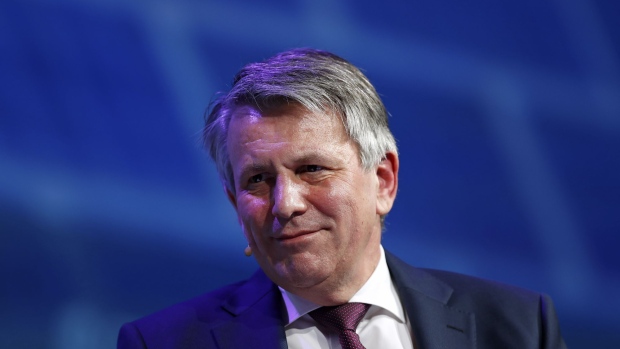 (Bloomberg) -- The oil and gas market may be tightening amid historically low investment levels, but that won’t change Royal Dutch Shell Plc’s strategy to shift from fossil fuels.

Shell is one of many European majors that have pledged to shrink its traditional hydrocarbon business, while increasing investments in clean energy. While some critics have raised concerns that high oil prices might tempt these firms to stick to fossil fuels, Shell’s chief executive says its adhering to its energy transition strategy.

“You could be concerned that we have a very tight market coming up,” Ben van Beurden told shareholders on Tuesday. “We have decided not to ride that wave up.”

That tightness is caused by investment in the oil and gas industry plunging to historically low levels, which aligns with an International Energy Agency report that says no new fields can be tapped if the worlds is to limit the impact of climate change.

“The problem, however, is that demand for oil and gas is not declining with that IEA outlook. As a matter of fact, it is going up,” Van Beurden said.

Shell will “enjoy” the benefits of a rising market, so it can return more money to shareholders and fund its energy transition strategy, but that doesn’t mean it will increase spending on fossil fuels.

“We are not minded to invest in a big way in a rising market because we believe that by the time we get there and start harvesting it we will then of course be beyond that peak again,” Van Beurden said.