Ship-owners that invested in pollution-reducing equipment to let them burn dirtier fuel are enjoying massive discounts due to a supply glut.

Owners of vessels who installed so-called scrubbers are buying high-sulfur fuel oil at a discount of more than US$500 a ton in Asia compared with cleaner varieties. The collapse in HSFO prices has been partially driven by increased Russian flows, according to traders. The cost of very-low sulfur fuel oil, meanwhile, has surged as more of its feedstock gets refined into gasoline.

About 8 per cent of the global shipping fleet currently use the scrubbers, which remove pollutants from emissions, according to Drewry Maritime Services. Vessels have been required to use fuel with a sulfur content of 0.5 per cent or less since 2020, under International Maritime Organization rules. Those with scrubbers can run on HSFO, which typically has a sulfur content of at least 2 per cent to 3 per cent. 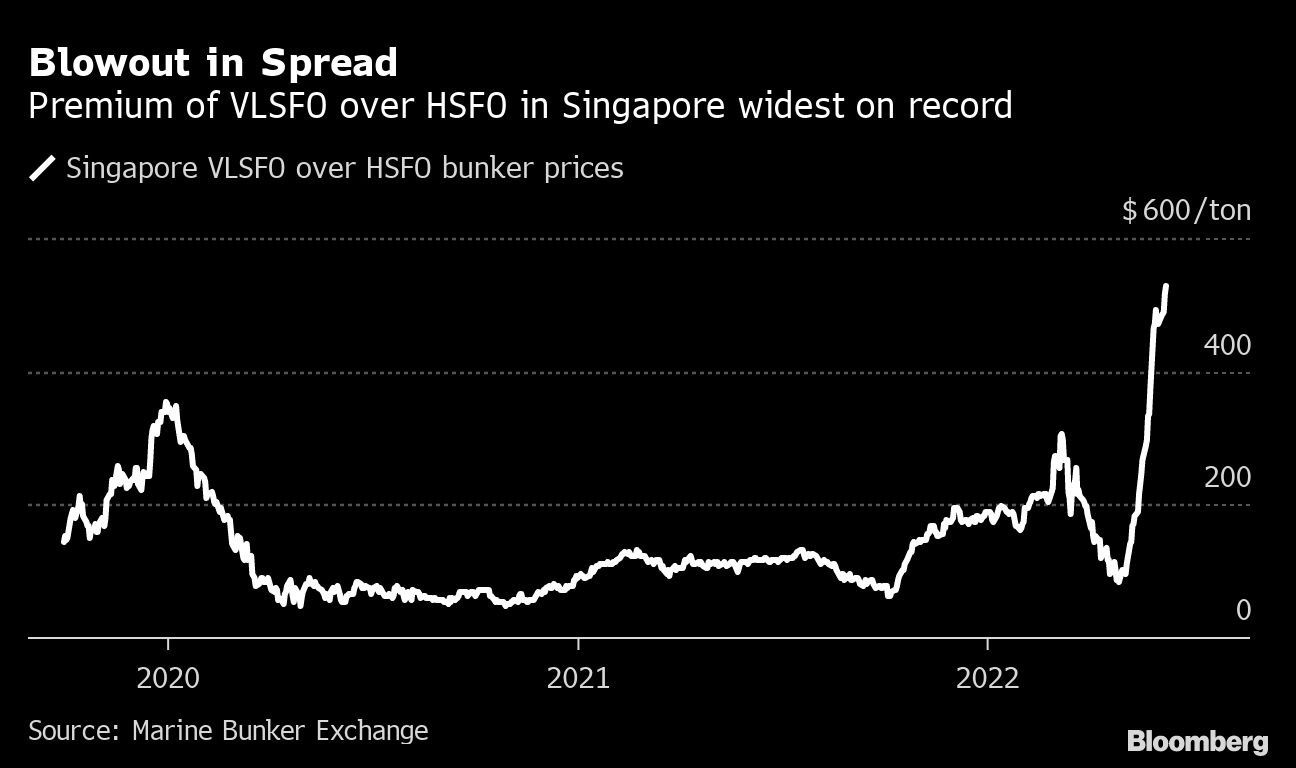 In the Asian oil-trading and distribution hub of Singapore, HSFO’s discount to VLSFO hit a record US$527 a ton on Friday before easing to US$518 on Monday, data from Marine Bunker Exchange show. That’s well above the spread in January 2020, when the introduction of the standards spurred a rush for IMO-compliant fuel.

The blow-out in the difference between the two varieties of shipping fuel is being caused by US and European restrictions on Russian HSFO following the invasion of Ukraine, which is seeing more of the fuel exported to Asia and the Middle East. Refineries are also maximizing production of gasoline due to soaring prices, at the expense of VLSFO.

There’s less incentive to make VLSFO due to the gasoline crunch, as the two fuels are produced from the same feedstock, said Andon Pavlov, manager of downstream analysis at Kpler in Vienna.

The HSFO-to-VLSFO price differential, also known as the hi-5 spread, is most stark in Singapore, but is still elevated in Middle Eastern and European re-fueling hubs. It was US$408 a ton in Fujairah and US$330 a ton in Rotterdam, mainly due to less impact from the Russian HSFO flows. 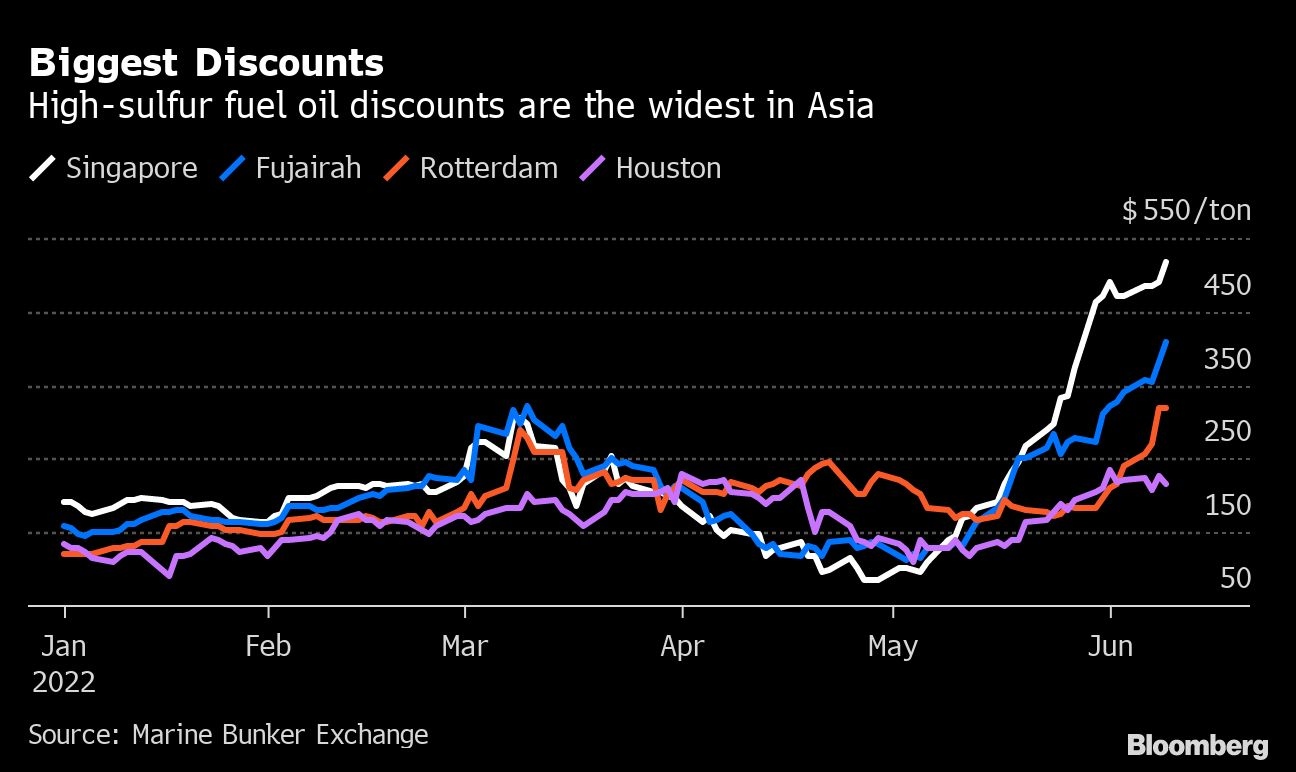 Some 19 per cent of container ships are fitted with scrubbers, the highest proportion among different types of vessels, followed by tankers and bulk carriers at around 13 per cent, according to Drewry.

While the current savings may prompt some vessel owners to consider putting in the equipment -- which costs US$3 million to US$4 million for supertankers and US$2 million or less for medium-size product tankers -- uncertainties around whether the price trend will last, and the long-term transition to cleaner fuels may complicate their decisions. The shipping industry is looking at various options to de-carbonize, including powering vessels with hydrogen, ammonia or liquefied natural gas.

Some ship-owners may go for scrubbers, particularly those with large fleets that consume a lot of VLSFO, said Jayendu Krishna, a director at Drewry in Singapore. But as the industry embarks on a shift to alternative energy they may be less concerned with fluctuations in oil-based fuels, he said.