Revenue at Canada’s largest company by stock market value nearly doubled to US$767.4 million while adjusted earnings were US$1.13 per share, more than twice analysts’ estimates of 52 cents.

“The accelerated shift to digital commerce triggered by COVID-19 is continuing, as more consumers shop online and entrepreneurs step up to meet demand,” Shopify President Harley Finkelstein said in the earnings statement. 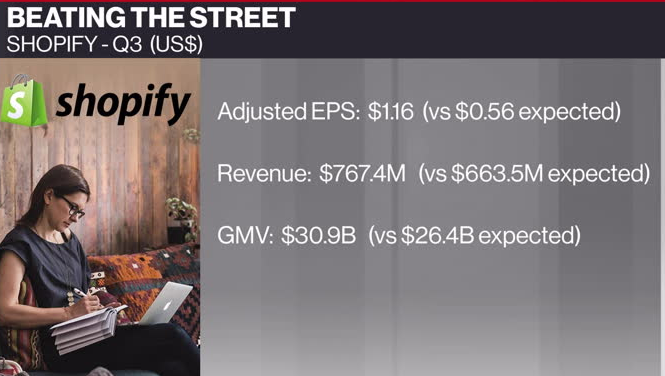 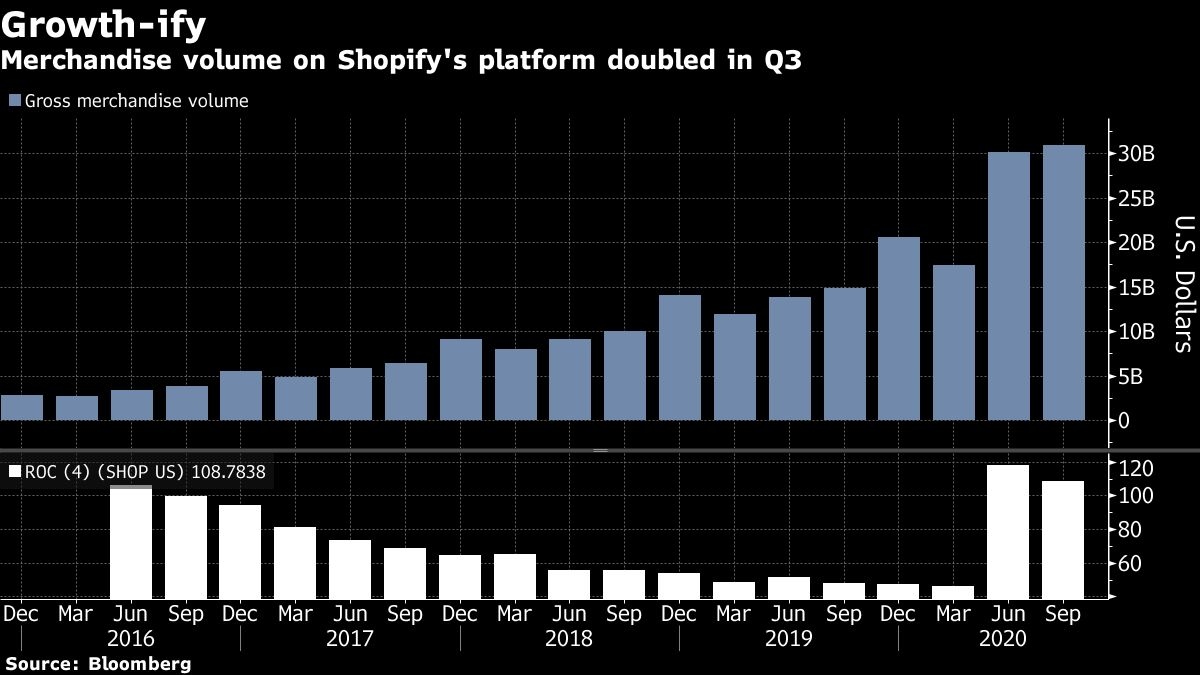 Its lending business is growing as well. Merchants in the U.S., Canada and the U.K. received US$252.1 million in merchant cash advances and loans from Shopify Capital in the quarter, an increase of 79 per cent from the amount received by U.S. merchants in the same quarter last year.

The company expects its model to remain popular with buyers and sellers in the pandemic but cited macro risks in its decision not to provide fourth quarter or full-year guidance.

“These include unemployment, fiscal stimulus, and the magnitude and duration of the Covid-19 pandemic, all of which may impact new shop creation on our platform and consumer spending”: Shopify

Chief Executive Officer Tobi Lutke said in a conference call with analysts that he remains skeptical about acquisitions. “The opportunity cost of integrating is enormous,” he said. “We are trying to take a broad picture perspective. This has made us potentially more careful but I also think just more realistic.”

Founded in 2004, the Ottawa-based firm’s core business is helping retailers get online quickly and cheaply. But it has expanded to offer an ever-widening suite of services, including lending, payments and shipping solutions.