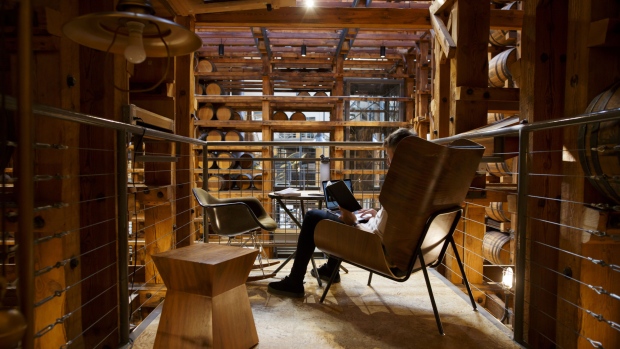 An employee works on a laptop computer at the Shopify Inc. office in Waterloo, Ontario, Sept. 13, 2018. Bloomberg/Cole Burston

Shopify Inc. reported a widening of its quarterly net loss as the Canadian e-commerce company increases spending to expand its customer network. The shares tumbled in early trading.

Shopify said it has surpassed one million merchants worldwide who use its platform.

Revenue in the three months ending Sept. 30 grew 45 per cent to US$390.6 million, boosted by recent innovations in its online checkout system and a push to set up a delivery system. That beat analysts’ average estimate of US$383.8 million. Shopify raised its 2019 revenue guidance to US$1.55 billion to US$1.56 billion and raised its fourth-quarter sales estimate to as much as US$482 million.

The stock dropped 7.9 per cent in pre-market trading in New York. Its share price has slumped by about 20 per cent since reaching a peak on Aug. 27 as investors sold out of high growth stocks.

Even as the company reports high growth rates in sales, the 45-per-cent increase in the third quarter was the slowest in Shopify’s four years as a public company. To combat that slowdown, it announced the purchase of 6 River Systems Inc. last month to ramp up its US$1 billion plan to set up a network of fulfillment centers in the U.S., positioning itself as a smaller rival to Amazon.com Inc.’s service.

And while analysts have been bullish on the company with 16 buy ratings, 11 holds and only three recommendations, most believe the stock is fairly valued despite the slump. CIBC analyst Todd Coupland said in an Oct. 8 report that the share price correction was “justified” and its stock “reflects the company’s growth through 2020.”

Still, Shopify is one of Canada’s best-performing stocks, having gained 124 per cent this year as investors rewarded the company’s fast-growing sales and innovations in online checkout products. The tech company helps companies with online sales, and more recently, moved to also offer services for point-of-sale at brick-and-mortar stores, competing with Square Inc. 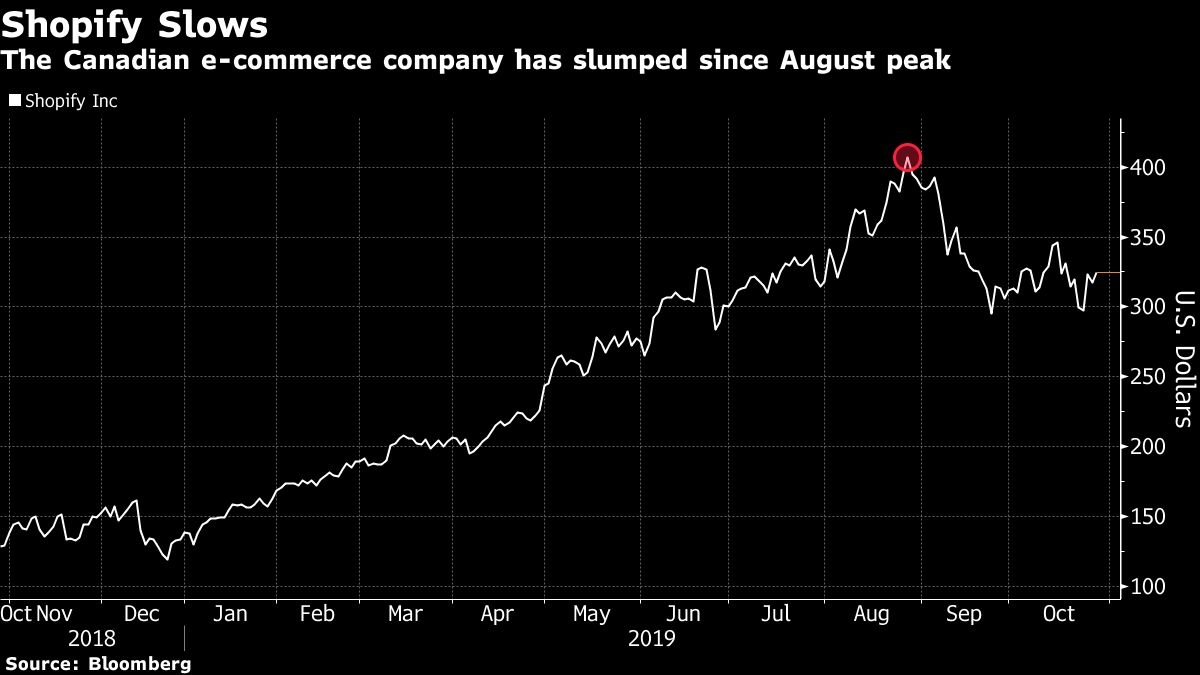