Shopify Inc. nearly doubled its revenue in the second quarter, crushing analysts’ estimates as a flood of merchants moved their businesses online during the coronavirus pandemic.

Sales grew 97 per cent to $714.3 million from the same quarter a year ago, Ottawa-based Shopify said in a statement Wednesday. Analysts had expected about $512 million, according to data compiled by Bloomberg.

Gross merchandise volume, a key metric that represents the value of all goods sold through Shopify’s platform, surged 119 per cent from a year earlier or to $30.1 billion. Analysts were expecting a 49 per cent increase to $20.6 billion. Sales of food, beverages and tobacco doubled over the first quarter, the company said.

“The strength of Shopify’s value proposition was on full display in our second quarter,” Chief Financial Officer Amy Shapero said in the quarterly release. “We are committed to transferring the benefits of scale to our merchants, helping them sell more and sell more efficiently, which is especially critical in this rapidly changing environment.”

In case you care about such things - Q2 went OK for Shopify.

E-commerce companies have been big winners of late, with the coronavirus closing many physical retail stores. Many analysts predict this boost will be lasting. Shopify shares jumped as much as 12.5 per cent in early New York trading, touching a fresh high, and are up 169 per cent this year.

New stores created on the Shopify platform grew 71 per cent in the second quarter compared with the first quarter, driven in part by the company’s decision to extend the free-trial period on standard plans from 14 days to 90 days.

Large sellers continued to migrate to Shopify Plus, resulting in a record quarter for new merchant additions to the platform.

“Strong transactional revenue, far ahead of even the highest expectations, point to COVID-19 tailwinds that are stronger at SHOP than most anticipated,” said Citigroup analyst Walter Pritchard. “Key from here will be sustainability of demand from newly acquired merchants,” he said in a report.

Still, the company chose not to provide forecasts for the third quarter, citing uncertainty surrounding COVID-19. It said it’s monitoring the impact of rising unemployment on new store creation, consumer spending habits and the rate at which brick-and-mortar merchants move online. The tech company suspended its forecast full-year forecast in April.

This year, Shopify has formed partnerships with Walmart Inc. to expand its third-party marketplace site and with Affirm Inc. to allow consumers to break purchases into a series of smaller payments -- moves aimed at stepping up competition with Amazon.com Inc. 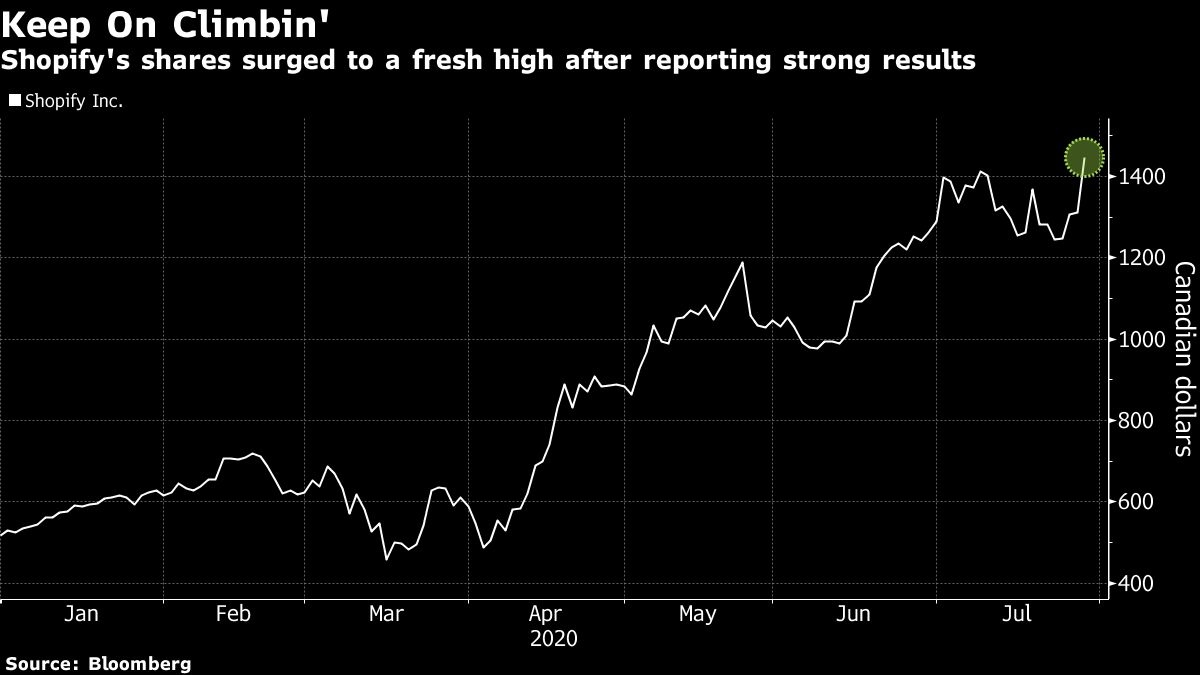 The company said in May that it will keep its offices largely closed for the rest of the year as it designs its space for a “digital by default” mindset, adjusting to a remote work environment.

“This also represents an opportunity for Shopify to open up, further diversify our talent pool, unconstrained by physical location,” Shapero said on the earnings call today.

The company took a $31.6 million impairment charge as it exited some of its secondary offices in major cities, she said. Second-quarter results includes $37.1 million of incremental expenses related to changes in its facilities, she added.

After its shares more than quadrupled in 2019, Shopify blew past Royal Bank of Canada this year to become the most valuable company in Canada’s S&P/TSX Composite Index. It’s the best-performing company in the index this year.

“It remains clear that Shopify is at the right place and the right time with the leading e-commerce software and services platform enabling the ‘digital transformation” for thousands of businesses,” said Baird analyst Colin Sebastian. 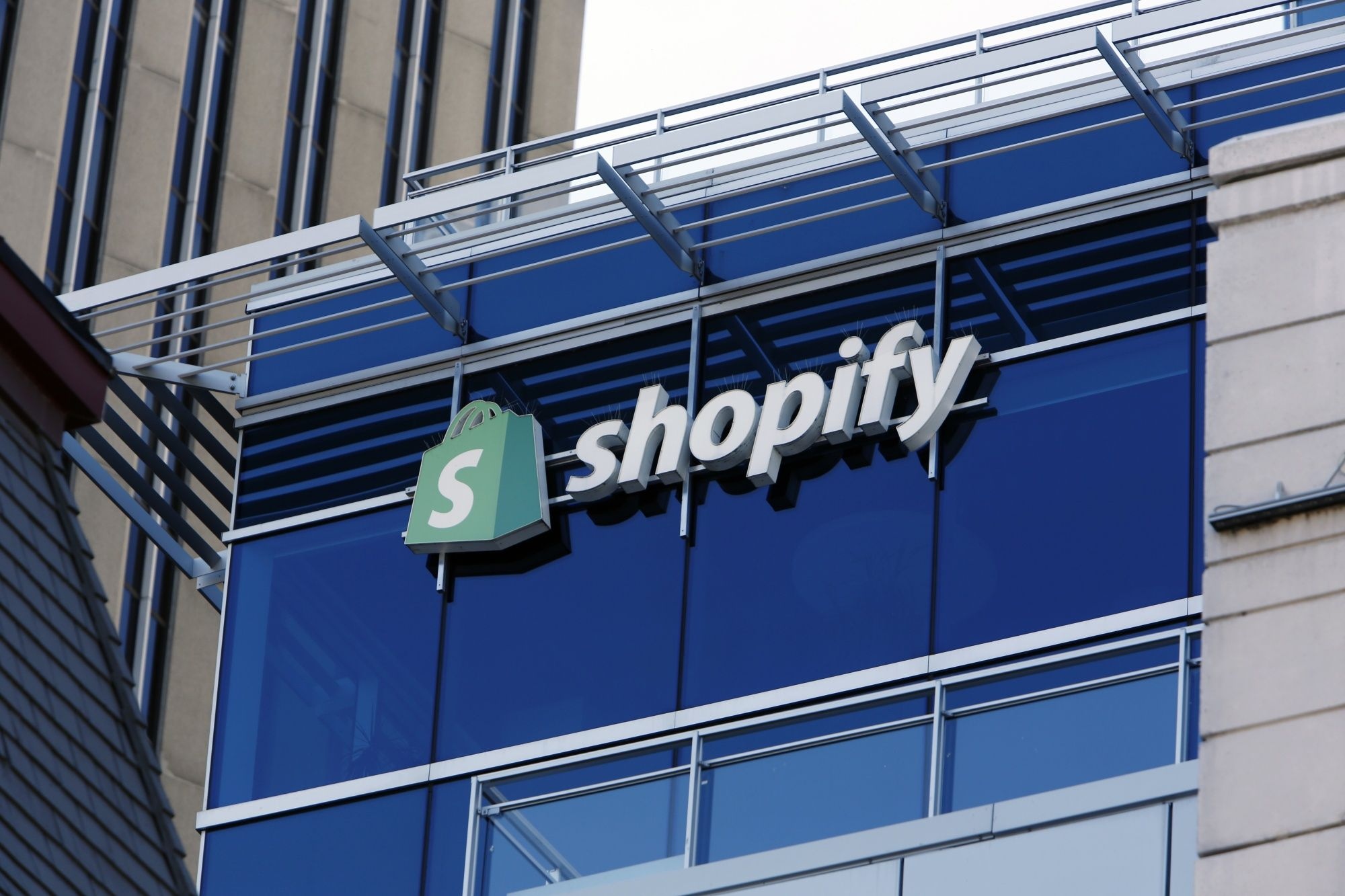 What would you do with Shopify shares right now?