Shopify Inc.’s potential Amazon.com Inc.-like trajectory could result in an index weight “reminiscent of Nortel in 2000,” Credit Suisse wrote in a note.

The Canadian e-commerce company has already become the biggest stock in the S&P/TSX Composite Index on a market-cap basis after more than doubling this year. Its index weighting of 5.3 per cent is the second largest, after Royal Bank of Canada.

Drawing a parallel to e-commerce giant Amazon, Credit Suisse thinks it can top the index weight and become what Nortel Networks Corp. was back in 2000 for the TSX, when it accounted for as much as 35 per cent of the benchmark index.

“SHOP’s platform provides a formidable rival to AMZN longer-term,” which could result in a broader re-visitation of the “TSX 299,” analysts led by Andrew Kuske wrote. 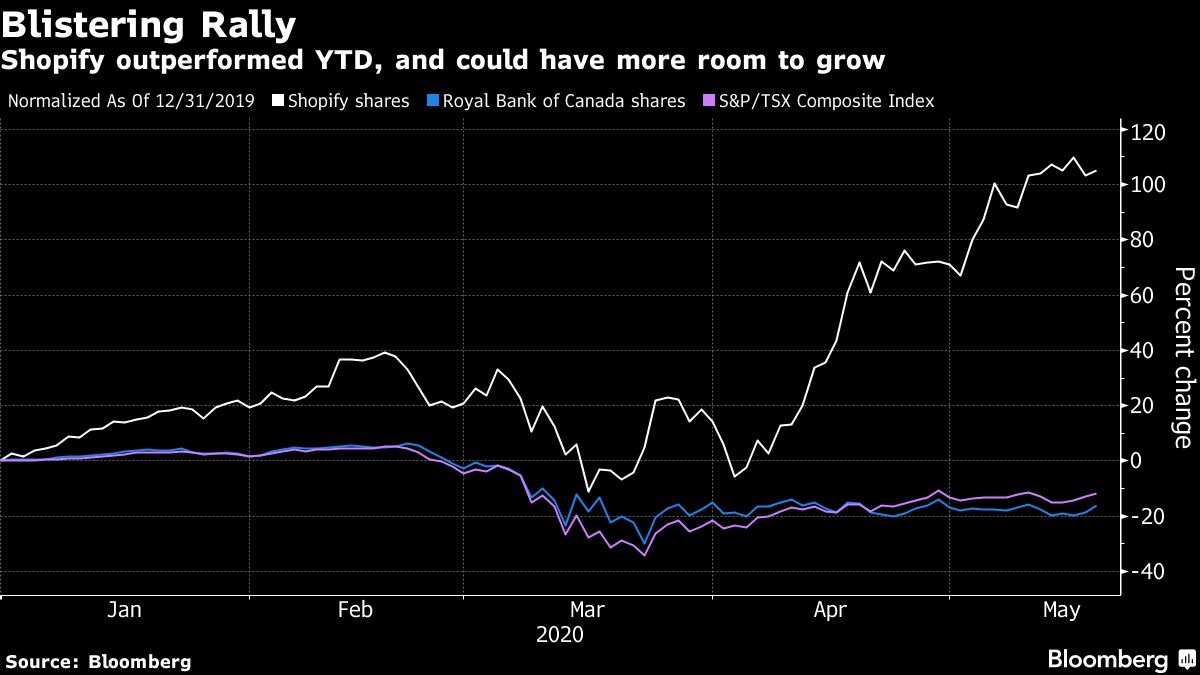 The “TSX 299” refers to Nortel becoming so big that it dictated how the index performed, eclipsing all other 299 stocks.

Nortel became the biggest Canadian company in 2000, swelling to a market value of $366 billion before crashing in the tech wreck. The telecommunications-equipment maker ultimately filed for bankruptcy in 2009 and was liquidated.

Shopify’s stock could be in an early stage of its rally if the company can continue its robust growth and profitability, Kuske wrote. “Modeling a pathway similar for SHOP to that of AMZN’s earlier in its lifecycle warrants ample upside,” he added.