Shopify Inc. shares have been on a tear of late, with the company seeing a boost from the pandemic amplifying demand for e-commerce, but shares still have further room to rally, according to RBC Capital Markets.

The pandemic “has pulled forward e-commerce adoption” and expanded the company’s total addressable market, wrote analyst Mark Mahaney, who reiterated his outperform rating and raised his price target to a Street-high view of US$1,000 from US$825. Last month, Baird forecast “a shift of at least US$200 billion in annual spend in the U.S. from offline to online channels” from the pandemic, which shut a number of brick-and-mortar stores.

Shares of Spotify have gained more than 150 per cent off a March low, and the new target implies additional upside of more than 20 per cent. The stock rose as much as 6.4 per cent to a record on Thursday, lifting its market valuation back above the US$100-billion level first reached last month. 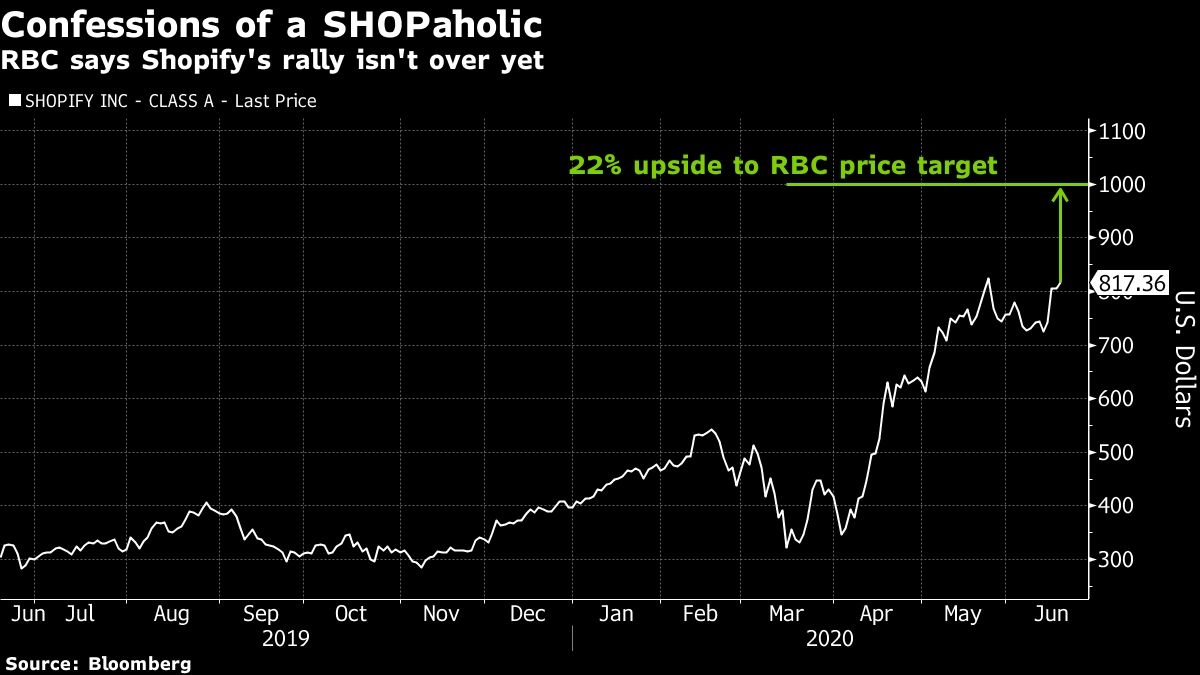 Mahaney wrote that Shopify’s so-called take rate on merchant solutions revenue can rise 30 to 40 basis points in the near-term, driven by increased payments adoption, as well as another 100 to 110 basis points over the long term. RBC added that Shopify can achieve operating margins in excess of 20 per cent in the long run, and US$25 billion in annual sales by 2028.

RBC’s higher target is just the latest sign of growing optimism on Wall Street. Earlier this week, Piper Sandler upgraded its view on the shares, also citing a rosier view toward e-commerce trends.