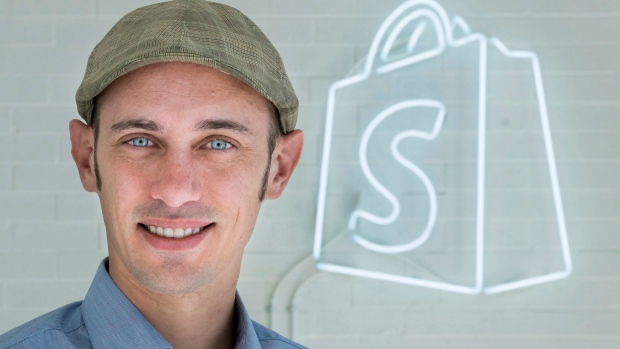 Shopify (SHOP.TO) Chief Executive Officer Tobi Lütke is firing back at Citron Research’s Andrew Left, calling him a “short-selling troll” in response to Left’s negative report on the company.

In a pair of tweets posted late Tuesday, Lütke vowed to respond to the report and took aim at one of Left’s core complaints.

“The irony of an outfit like Citron accusing any business of being a get-rich-quick scheme should not be lost on anyone,” Lütke wrote in a tweet, taking a dig at the short-selling side of the market.

“Lots of people want me to address the short-selling troll that’s (sic) targeting $SHOP,” he added. “Looking forward to next earnings calls to do so.”

In his report, Left compared Shopify’s marketing efforts to those of Herbalife, which was sanctioned by U.S. authorities with a US$200-million fine in 2016.

While Lütke appears poised to refute the short-seller’s claims, market participants have been less than patient, punishing the stock price to the tune of 20 per cent since Citron’s report was released last Wednesday.

Left isn’t alone in taking a short position in Shopify. In an interview on BNN on Tuesday, Dynamic Funds Portfolio Manager Alex Lane revealed he had gone short the ecommerce software provider, citing a lack of clarity surrounding customer turnover.

“The bulk of the customers who are paying those monthly fees are not necessarily successful small business owners,” he said. “They have a birth-death ratio where a lot of them die off, and the new ones start up, and have to replace them to keep that part of the revenue stream going.”

While neither Left nor Lane have any issue with the underlying quality of Shopify’s software, Lane said shares of the company have simply run up too far, too fast.

“It’s nothing against the business model, or anything like that. They’ve done a fantastic job, it’s great to see the creation of a new Canadian technology champion,” he said. “Valuation got a little bit ahead of itself, I would say, and if you’re looking for pockets of euphoria in the market, that was clearly a stock that was based on a lot of euphoria.”

“Sometimes, when you’re at that euphoric inflection and you get that downturn, it goes on for longer on the reset than you think.”