Shopify Inc. set out to win the affection of retail investors with a 10-for-1 stock split. The gambit appears to be too little, too late.

A pop on the day of the April 11 announcement has given way to a relentless selloff. Shopify is down 23 per cent since then to about $605, far underperforming Canada’s benchmark index, the Nasdaq 100 Index and many other software stocks. So much for signaling to the market that the e-commerce company was becoming more shareholder friendly. 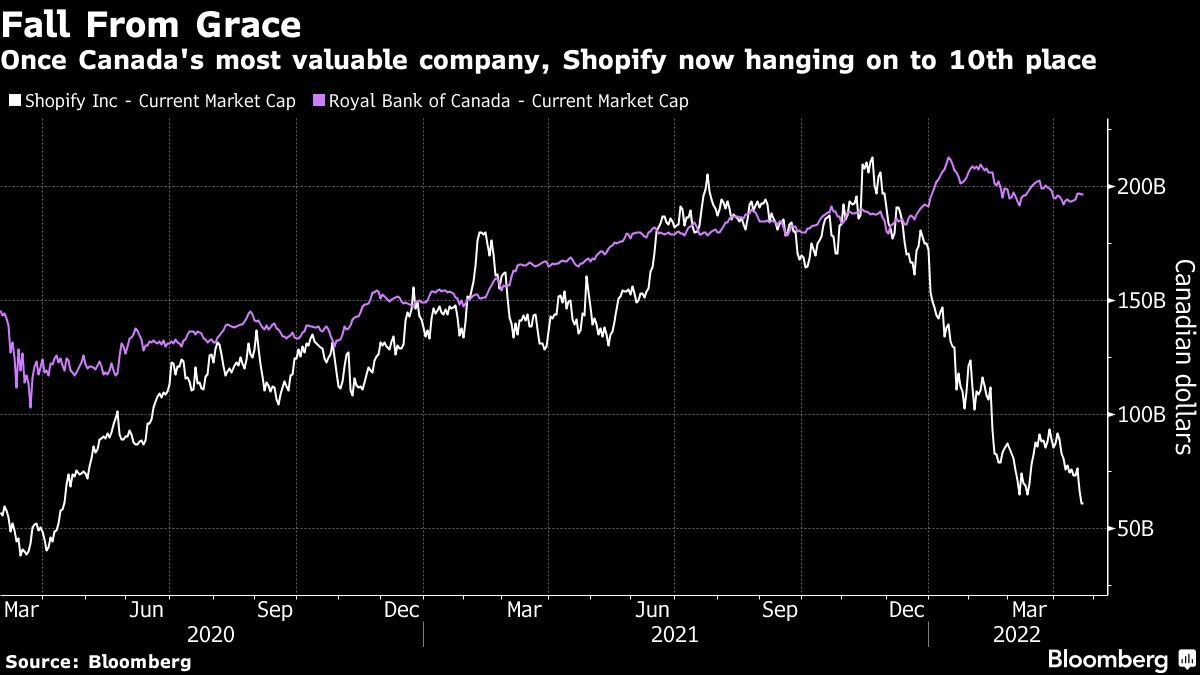 Timing may be to blame. After surging during the early months of the pandemic to become Canada’s most valuable company, Shopify had already tumbled 56 per cent this year before the split. Investors are looking closer at its slowing growth rate, its modest level of profitability and rising interest rates, which tend to put pressure high-multiple stocks. It’s now on the brink of falling off the list of the S&P/TSX Composite Index’s 10 most valuable companies.

Now the next catalyst for the stock may not come until Shopify reports earnings on May 5, when investors will be looking for insight into the growth outlook as the company battles more competition and the return of shoppers to physical stores.

To be sure, retail traders almost doubled their daily average purchases of the stock to US$8.3 million in the two sessions after the split announcement. But the net inflow was still negligible compared to stocks like Apple Inc. and Amazon.com Inc., which saw more than US$170 million and US$33 million of purchases each after their announcements, according to Vanda Research data.

There’s another problem, too. In announcing the stock split, Shopify also announced that it wants to give Chief Executive Officer Tobi Lutke a special “founder share” that will preserve his voting power as long as he’s at the company. He and his affiliates could retain 40 per cent of the votes at the company even if their equity stake declines.

“This could mean that the company will remain independent, and not be forced into a sale,” said Ben Silverman, director of research at VerityData.

The underlying concerns surrounding its fundamentals haven’t waned. Competition is increasing with Amazon.com Inc. saying Thursday it will launch a new “Buy With Prime” feature that could blunt Shopify’s momentum. In its last earnings report, Ottawa-based Shopify warned that sales growth will be lower in the first quarter of this year than in same quarter of 2021.

Tech chart of the day: 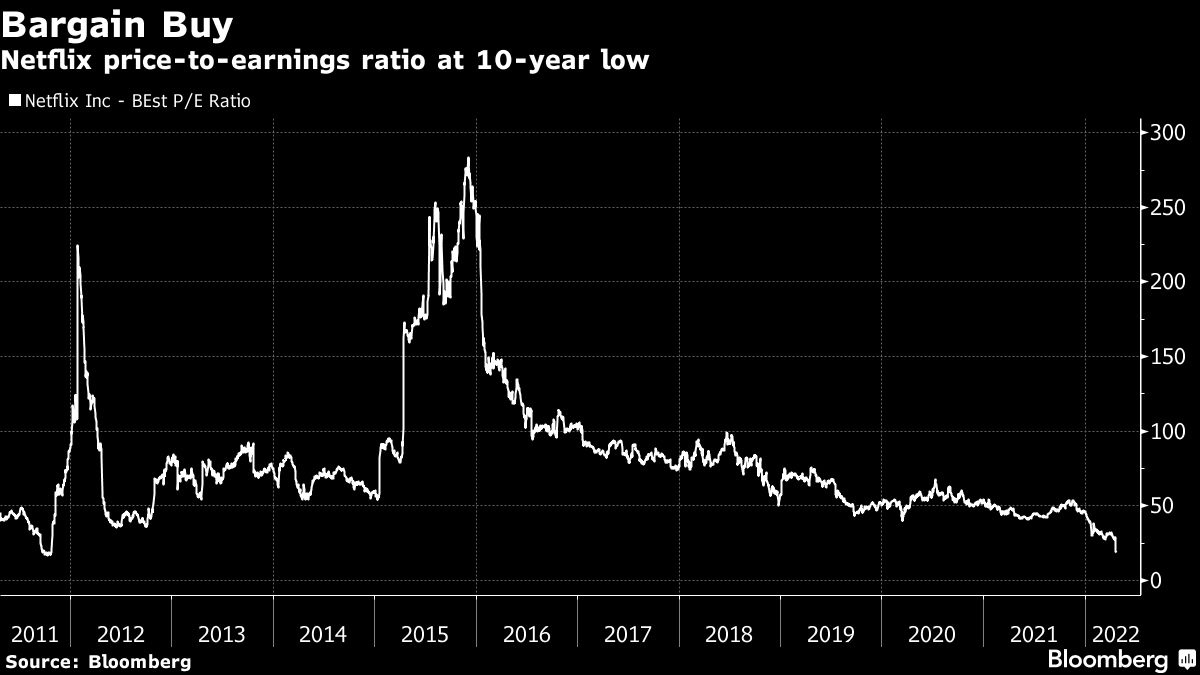 Netflix Inc.’s price-to-earnings ratio soared to more than 280 in 2015, when the streaming giant was attracting millions of subscribers with its binge-worthy original content and quickly expanding into new geographies. Now with the market saturated and clogged with competition, the valuation has slid 93 per cent to 18.7 times profit, in line with the S&P 500.