Investors in Shopify Inc. are looking beyond its third-quarter earnings even before they’re announced, as worsening global supply-chain delays raise questions about the outlook for holiday shopping in the fourth quarter.

“There’s a lot of debate as to whether or not the macro climate is going to add any kind of headwind to the holiday season,” Ken Wong, an analyst with Guggenheim Securities LLC, said in an interview Monday.

Like many tech and e-commerce companies, the Canadian giant stopped issuing guidance during the pandemic. So any clues about its fourth-quarter outlook when it reports results on Thursday will be of particular value to investors, Wong said.

After reaching a record high early in the quarter, Shopify shares have lost about 15 per cent and at one point in October dipped into bear-market terrain. Concerns about a deceleration in global e-commerce have weighed on shares, RBC Capital Markets analyst Paul Treiber wrote in an Oct. 22 research note.

Because Shopify has a history of beating expectations, even third-quarter revenue that’s in line with market consensus may weigh on the stock temporarily, Treiber wrote. 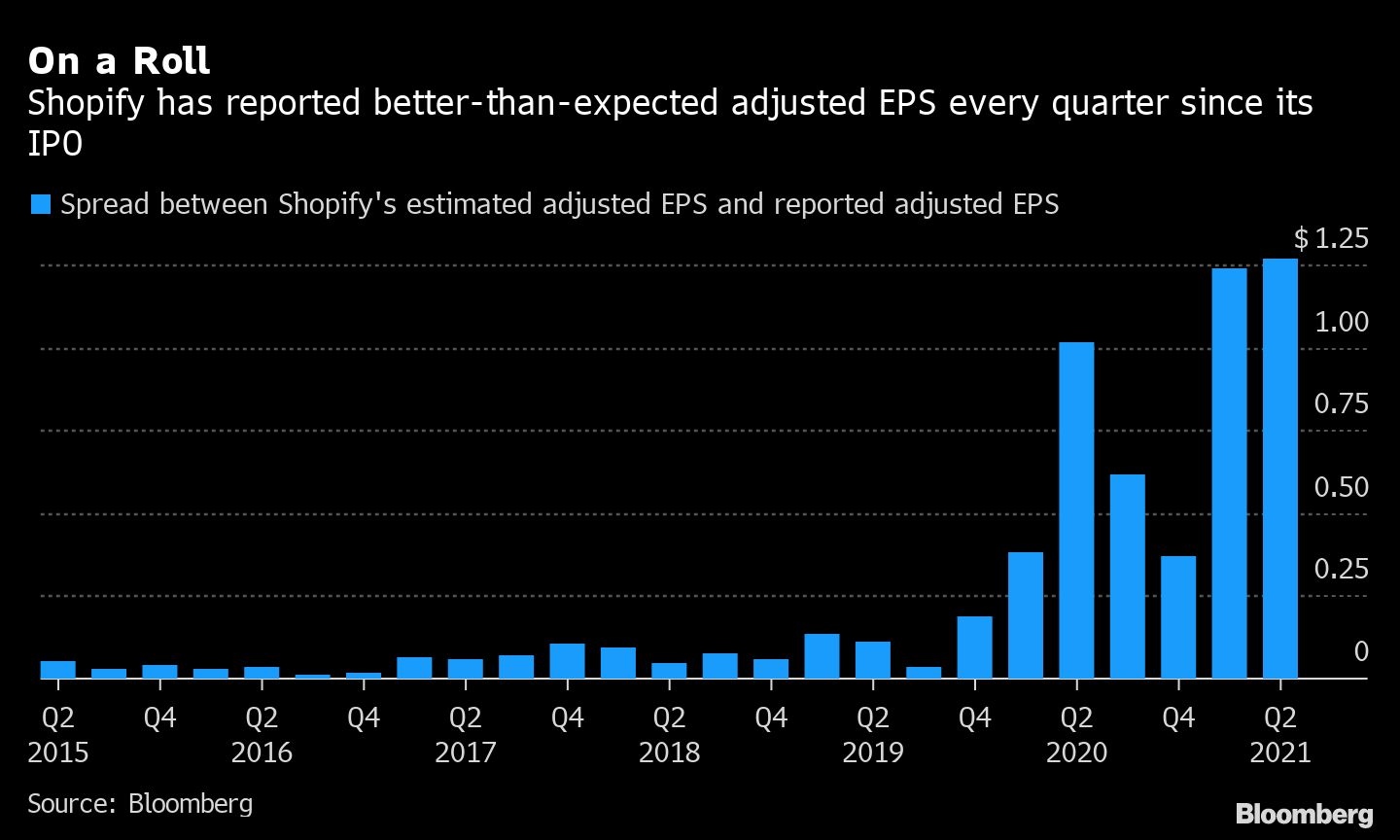 While the majority of Shopify analyst ratings are still positive on the stock, the neutral camp has been creeping higher since the end of the second quarter, with 63 per cent rating the stock a “buy” and 33 per cent a “hold.”

“We’ve already started to see an impact across companies like Nike to Snap,” he wrote. “It’s unclear how this will exactly impact Shopify merchants, but the general consensus is that smaller brands have less flexibility than the larger global retailers around supply headwinds.”

On top of that, digital e-commerce advertising has become less effective because of changes to Apple’s privacy policies, Arounian wrote.

“Year-on-year web traffic growth in Q3 to Shopify’s website was only 8 per cent compared to 19 per cent in Q2 and 69 per cent in Q1,” he wrote in an Oct. 21 note. “We recommend investors wait for a more attractive entry point.”

Shopify’s gross merchandise volume growth -- which captures sales made by online merchants through Shopify’s platform -- could be particularly vulnerable to supply-chain pressures because the firm’s small to midsize merchants “likely lack the negotiating leverage to push partners” as larger brands can, Morgan Stanley analyst Keith Weiss wrote in an Oct. 25 note.

“While there exists significant long-term upside to our bull case, the risk/reward at current levels skews to the downside given the high valuation and tricky macro backdrop,” he added.

Guggenheim’s Wong also sees greater downside risk to Shopify’s stock coming out of Thursday’s earnings but said long-only investors with duration in their portfolios will likely see that as a buying opportunity.

“I think the perspective is, if they’re a little weak on revenue because of the supply chain, that’s a temporary issue,” he said. “The business is still rock solid so buy the dip if there’s any meaningful dip.”