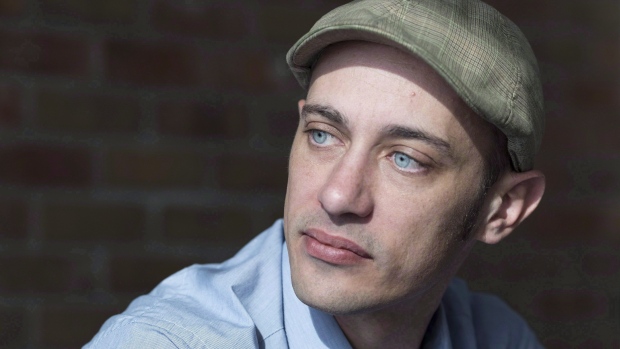 OTTAWA -- Shopify Inc.'s strong third-quarter earnings report and the CEO's defence against "preposterous claims" by a "short-selling troll" did little to ease investor concerns as shares tumbled more than eight per cent.

The company posted its first adjusted operating profit as a public company in the quarter ended Sept. 30 -- a quarter earlier than anticipated -- and CEO Tobias Lutke publicly addressed allegations made earlier this month by high-profile short-seller Andrew Left of Citron Research that sent shares falling on the Toronto and New York stock exchanges.

Lutke attempted to ease concerns on a call with analysts during which he had promised to address Left's criticism of the company's business model in a video published earlier this month.

"This is going to be a fun one," Lutke said at the start of the call, explaining the company waited this long to address the allegations because it does not engage in short-term stock management and reserves this time each quarter for such activities.

On Oct. 4, Left published a video alleging the company, which provides businesses with online checkout services, doesn't comply with Federal Trade Commission guidelines and suggesting the stock's value is closer to US$60 before any potential FTC involvement.

He compared the company's practices, which he called a "good ol' get-rich-quick scheme," to Herbalife. Left alleged Shopify's partners recruit merchants by wooing them with promises of self-employment and million-dollar incomes.

During the call, the CEO asserted the company sells an ecommerce platform -- not business opportunities.

Shopify complies with FTC regulations, Lutke said, and much of their content shows how hard -- rather than easy -- entrepreneurship is.

"Implying that these businesses are somehow illegitimate is an insult to their hard work," he said.

The company makes most of its revenue from merchants successfully selling through their online shops, he added.

"Those that don't comply we simply kick out of the program," he said, adding some of the alleged affiliates Left's report alluded to are not partnered with Shopify.

Lutke said that Shopify consulted with outside legal counsel, who also believe the claims are unsubstantiated, and has not been contacted by the FTC.

Citron said in a statement they were "unimpressed" by Shopify's response.

One analyst told BNN he was satisfied with Lutke’s explanation of the company’s business model, even if the market isn’t entirely.

“It looks like the initial reaction from the market is that [it] was hoping for even more than what the company provided as far as explanations about their business,” Tom Forte, managing director and senior research analyst at D.A. Davidson told BNN in an interview. “That said, I thought that the management did an excellent job of explaining why many if not all of the claims are spurious and that what they’re doing is essentially enabling small- and medium-sized enterprises to sell a lot more effectively on the internet than they could otherwise.”

Citing the company’s approval process for affiliates and referrals, Forte added he thinks the company did enough explaining to refute Left’s claim that the company is operating a ‘get rich quick’ scheme.

“I thought they gave a very good explanation, somewhat, from top to bottom on why they’re doing the right things and that there’s no real parallel to Herbalife, for example.”

Shares in Shopify came under pressure after Left published his criticism, falling more than 10 per cent on the Toronto Stock Exchange the day Left published his report. The shares have since regained some of the ground they lost, but continued to drop Tuesday.

The company, which keeps its books in U.S. dollars, said it lost US$9.4 million in its third quarter as its revenue grew 72 per cent compared with the same period last year.

Here's a snapshot of what was said on the Shopify conference call:

"We kick people out of the program" if they do not comply with @Shopify affiliate partner rules, insists $SHOP COO

"I hope this clears things up on the matter, let's move on": @Shopify CEO @tobi spends 1st 3mins of $SHOP call responding to @CitronResearch

"We do not sell business opportunities, we sell a commerce platform... we do not promise merchants success": @Shopify CEO @tobi says

"I honestly believe that the best companies do not engage in short term stock-price management and neither to we": @Shopify CEO @tobi says

"This is going to be a fun one" @Shopify CEO @tobi kicks off latest earnings call by building expectations of response to troll, now on that