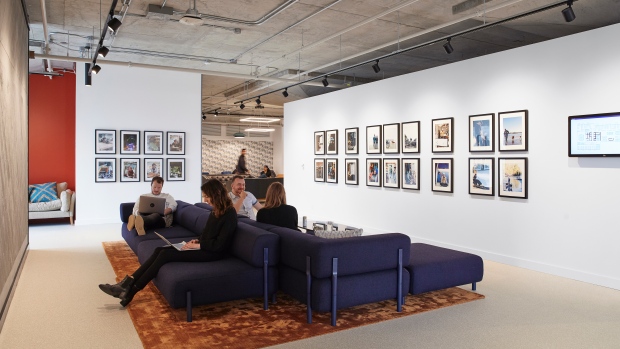 Shopify Inc. (SHOP.TO) said it plans to double the number of its Toronto employees to 1,500 in three years as the Canadian technology company opened its second office in the city Thursday.

The e-commerce firm’s newest Toronto location is in the King and Portland Centre, nearby its future office at The Well – a 3.2-hectare mixed-use downtown development that is set to open in 2022.

Shopify has grown rapidly in recent years, with 4,000 workers globally. The company now has 700 employees between its two locations in Ontario’s capital and seven offices in Canada, which are located in Ottawa, Toronto, Waterloo and Montreal.

About 450 research and development employees will work at Shopify’s King Street West location, which features a terrace, furniture sourced from Shopify merchants, a café, areas for “introspection in quiet spaces” and an event space for the Toronto community, the company said.

“Shopify has been present in Toronto for seven years and what we’ve found is this is a great place to build a really wonderful tech company,” said Amy Thibodeau, Shopify’s director of user experience, noting the city’s universities, multiculturalism and cultural offerings as key attractions for tech workers.

Thibodeau added that Shopify isn’t worried about increasing competition among tech firms to attract talent in Toronto, even as it seeks to double its workforce.

“We’re not a satellite office ... and that makes Shopify unique and compelling in this city,” Thibodeau said. “And I think more competition is good for Toronto.”