The bullish case for Shopify despite valuation concerns

Shopify Inc. plunged by the most since March 2020 after a report that the Canadian e-commerce company terminated contracts with several warehouse and fulfillment partners.

Its U.S.-traded shares closed down 14 per cent on Friday to the lowest level since September 2020 on high trading volume after the business publication Insider said Shopify was expected to have about half of its previous capacity for e-commerce orders for merchants, once changes are implemented. The report cited executives at four fulfillment companies in Shopify’s network. 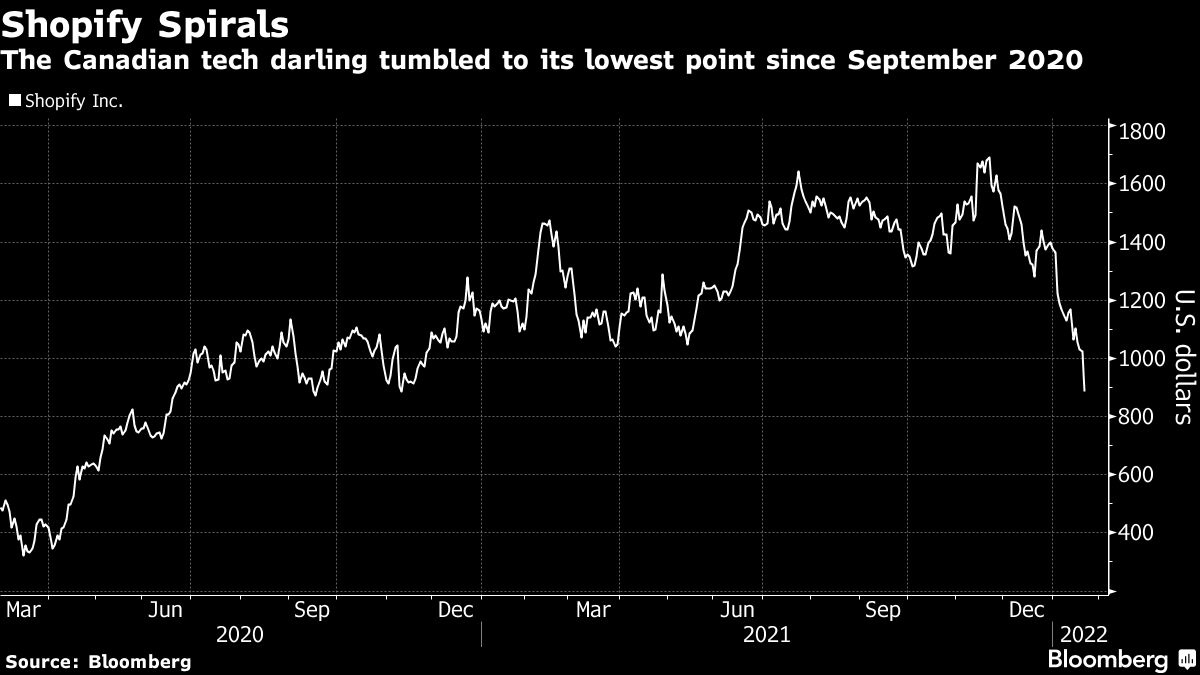 Baird analyst Colin Sebastian said that, if true, the timing makes sense for Shopify to grow its own distribution warehouses instead of relying on third parties.

“As they reach a ‘fork in the road,’ the timing seems right for Shopify to alter course in fulfillment, the question being in which direction do they turn,” Sebastian said in a note to clients.

“In the evolving e-commerce landscape, it’s pretty clear that fulfillment and delivery need to be core competencies, and for Shopify, the sweet spot of an ‘asset light’ hybrid approach has proven to be a challenge to scale,” he said.

Shopify confirmed that it has canceled contracts but declined to provide more details on the number of fulfillment centers and warehouses impacted by the changes. The company said its capacity to handle orders won’t be affected.

“We are making improvements to SFN that will make fast fulfillment more accessible and at lower costs, ultimately enabling more merchants and their customers to have the best possible shipping experiences,” Shopify spokesperson Amy Hufft said in an email statement. SFN stands for Shopify Fulfillment Network.

At least three analysts have cut their share price targets on Shopify since Tuesday, pushing the average target to its lowest point since July, as e-commerce growth slows with pandemic restrictions lifting and as shoppers return to brick-and-mortar stores. It has slumped 48 per cent from its November peak.

Amid a broad selloff in tech stocks late last year, Shopify was dethroned as Canada’s most valuable company. It is now the third-largest Canadian public company by market value, behind two banks.