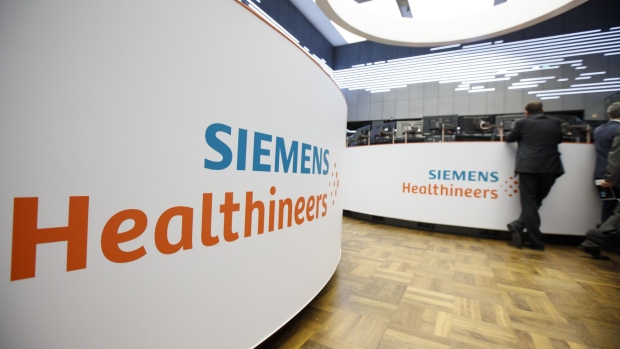 (Bloomberg) -- Siemens Healthineers AG has joined U.S. and European health officials to create an international standard for coronavirus antibody tests, a key step toward knowing who needs a future vaccine or booster shot.

The effort aims to establish a unit of measurement for the level of protection someone has built up against the deadly virus. The project from Healthineers, the U.S. Centers for Disease Control and Prevention and the European Commission’s Joint Research Centre will probably take a matter of “weeks, not months,” Deepak Nath, president of laboratory diagnostics at Healthineers, said in an interview.

As Healthineers and other companies bring more sophisticated tests to market that can gauge the amount of antibodies in someone’s blood -- rather than ones that simply say whether they’re present -- it’s important to have an agreed-upon yardstick for those concentration levels. Healthineers is at the forefront of creating that standard because it is the first company to win clearance from the U.S. Food and Drug Administration for a test that quantifies antibody levels.

“This work has to be done and it makes sense for us to do it,” Nath said. “We’re trying to make sure that as vaccines hit the market, the right diagnostic tools are available to complement what the vaccine companies are doing.”

Without a standard of measurement, results can’t easily be compared with those from other companies’ tests. Swiss giant Roche Holding AG has said it plans to bring its own quantitative antibody test to market in coming months.

Researchers will also be able to use the standard to determine a level of antibodies that appears to confer immunity against infection. Health officials can then determine whether someone who previously fought off the virus needs a vaccine, once shots are available -- or whether someone who’s already been inoculated needs a booster shot.

It could also be useful for monitoring vaccines’ performance once they are approved, to see how long shots provide protection.

Antibodies are highly specific proteins raised by the immune system to disable viral invaders. They’re also markers of infection that help health officials know how far the virus has spread.