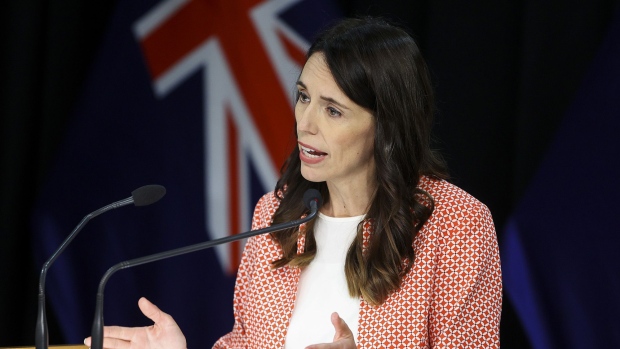 (Bloomberg) -- For CEOs and other leaders, the decision to step down can be fraught.

The question of when to quit has become especially salient with New Zealand Prime Minister Jacinda Ardern and Netflix co-founder Reed Hastings both announcing they’re stepping down from leadership positions this week. Many executives have been criticized for hanging on — speculation about when JPMorgan Chase & Co. Chief Executive Officer Jamie Dimon might retire has been swirling on Wall Street for years. Others are criticized for their succession planning — the failure of which has left Carlyle Group without a CEO since August after the founders ousted their chosen replacement.

“There are two reasons why a leader should consider stepping down: When the leader is not capable of serving their stakeholders well, or when the role is not, or is no longer, aligned with the leader’s own goals and values,” said James Lemoine, professor at University at Buffalo School of Management.

Often, it’s difficult for leaders to admit that either reason could be true. Many double down, saying “I can turn things around” or “I can juggle these priorities and balance everything,” Lemoine said. “This is why so many leaders seem to last past their expiration date.”

Instead of being an admission of failure, the decision to give up a leadership role can be seen as a powerful choice, said Terri Kurtzberg, professor at Rutgers Business School. “To decide to shift is difficult, and the decision to leave a position, especially in the middle of a term, can be thought of as an impressive act in this way.”

If you lead a team, department or entire organization, here are a few things to think about if you’re considering stepping down.

Is the job still a good fit?

Fitting in with a company’s culture is just as important a consideration for executives as it is for entry-level and new hires. “Some leaders might thrive at a different organization rather than the one in which they currently serve,” said Michael Sacks, professor at Emory University Goizueta Business School.

Startup founders whose companies have scaled up rapidly face this question often. The larger business may require someone at the helm with an entirely new set of strengths and skills to face new challenges. Like Hastings said in his blog post about stepping down: “Even founders need to evolve!”

Are you burned out?

To cope with the stressors of their positions, effective leaders need to have enough support at work in terms of budget, staff and advisers, as well as in their personal lives, said Erik Gonzalez-Mulé, professor at Indiana University Kelley School of Business who researches demanding jobs’ impact on health and wellbeing.

Ardern cited not having “enough in the tank” in her resignation speech, but the reason to step down could be a lack of support in the office, too. “Once demands are skewed so high that the professional and personal resources you have available to you aren’t enough to cope with the demands of the job, it might be time to step down,” and take a break to recharge, he said.

Does your job get in the way of other goals?

Some people step down if the leadership role prevents them from accomplishing other goals. Ardern said she wanted to be there for her four-year-old daughter when she begins school. Others want to start new ventures.

“Leaders may want the opportunity to create something new or to develop others,” Amy Colbert, a professor at University of Iowa Tippie College of Business. “Leaders may find that the role is constraining and decide to pursue new opportunities, either inside or outside of work.”