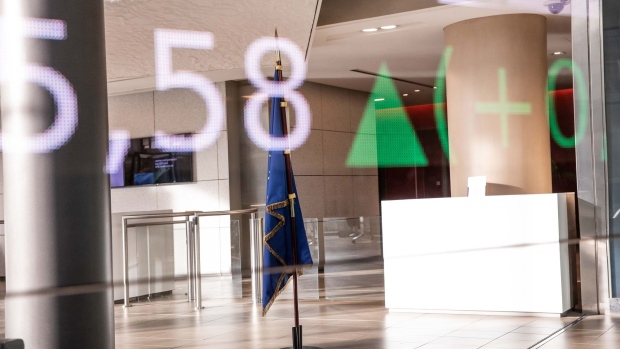 Stock information is projected on a glass panel as a European Union (EU) flag hangs in the lobby of the Euronext Paris stock exchange in La Defense business district of Paris, France, on Wednesday, Jan. 16, 2019. European investors shook off the rejection of U.K. Prime Minister Theresa May’s Brexit deal in parliament ahead of a confidence vote, opening higher after mixed markets in Asia, and gains in the U.S. , Bloomberg

Investors seeking exposure to the S&P 500 may be dumping one long-favored exchange-traded fund for its cheaper sibling.

The money could be coming at the expense of the legendary SPDR S&P 500 ETF Trust, or SPY, which has a higher expense ratio at 0.095 per cent than SPLG at 0.03 per cent. Last month, State Street changed SPLG’s underlying benchmark to the S&P 500 Index instead of its previous SSGA Large Cap Index. That means investors can get a similar exposure as SPY but at a lower cost.

The flows represent a bigger quandary that issuers in the US$4.7 trillion industry are grappling with as a fee war continues: the risk that decreasing the cost of one fund could take away flows from a pricer product. For example, BlackRock Inc.’s iShares Broad USD High Yield Corporate Bond ETF pulled in US$1.4 billion this year while its similar, yet pricer, fund the iShares iBoxx High Yield Corporate Bond ETF lost US$830 million.

FUND'S BIGGEST HOLDINGS AS OF FEB. 13