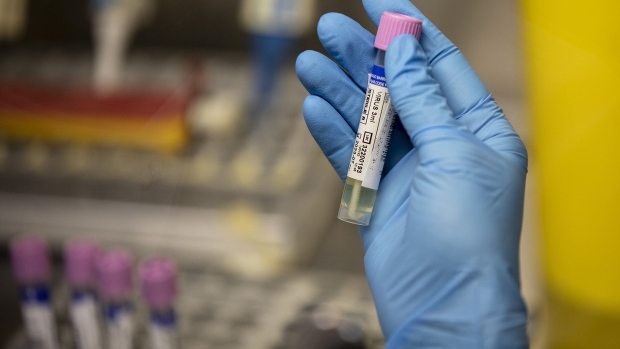 (Bloomberg) -- Singapore has confirmed its first local case of monkeypox, according to a statement from the Ministry of Health.

The patient is a 45 year-old male Malaysian national who resides in the city-state, said the ministry late Wednesday. His infection is not linked to an imported case announced on June 21, it added.

The man, who is in a stable condition, began showing symptoms from June 30 and tested positive for the virus on July 6 and is currently at the National Centre for Infectious Diseases, according to the same statement. Three close contacts have been identified so far, including two house-mates and one social contact, and placed in quarantine for 21 days.

The financial hub is one of the first nations in Asia to officially announce a local case of the virus. More than 6,000 cases have been reported so far across 58 countries this year, Director-General of the World Health Organization, Tedros Adhanom Ghebreyesus, said Wednesday. He said testing remains a challenge and the actual numbers of monkeypox could be even higher.

Many of the current monkeypox cases are primarily among men who have sex with men. Transmission of monkeypox typically requires direct contact with bodily fluids, infectious sores, or contaminated material, according to the WHO.

A cousin of the smallpox virus, monkeypox has previously been mostly confined to regions in Africa but cases are spreading in other countries now with Europe the current epicentre of the outbreak. The pathogen typically causes flu-like symptoms, followed by a rash that often starts on the face and spreads down the body. The illness often lasts for two weeks to a month and can be deadly.