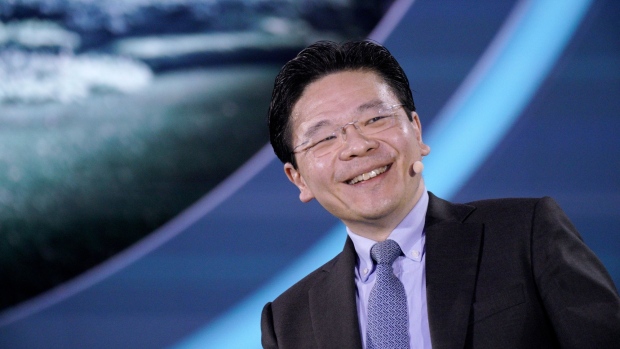 (Bloomberg) -- Singapore’s ruling party selected Deputy Prime Minister Lawrence Wong for a key role in the central executive committee, formalizing a succession plan that will see him eventually succeed Lee Hsien Loong as the next leader.

Wong was appointed as deputy secretary-general of the People’s Action Party by the 18-member central executive committee while Lee retained the secretary-general position. The deputy post is a newly-created one, and previously it was the first assistant secretary that was the heir apparent.

The results of the committee election is one of the final steps of a well-telegraphed political succession. Wong, who is also finance minister, first became the leader of the so-called fourth generation of ministers in April and was appointed as one of two deputy prime ministers to Lee in June.

Party cadres voted for committee members in a secret ballot earlier this month. It remained largely the same along with party stalwarts such as Law and Home Affairs Minister K. Shanmugam and Foreign Affairs Minister Vivian Balakrishnan.

While there has been little said about the timing of the handover of power, Lee said at the party gathering on Nov. 6 that the succession will coincide with the national vote. “I have no doubt our neighbors will be watching closely whether Singaporeans continue to support the government,” he told party members.

Based on past practices, Singapore’s premier would usually lead the PAP to the elections one more time and then hand over power to his successor about 12 to 18 months into the term. Singapore’s next polls must be held by November 2025 and by then, Lee would be 73.

The PAP usually holds elections well before the term expires. There has been some speculation that Lee will call for elections a year earlier, in the last quarter of 2024, and tell voters that he puts his trust on Wong and the 4G leaders.

Wong’s ascension in the party and government comes after Lee’s other deputy Heng Swee Keat stepped aside as heir apparent in April 2021, saying he would be too old to take over once the pandemic was over. Lee had postponed a decision to step aside before he turned 70 in 2022, citing a desire to hand over Singapore “intact” and in “good working order” to the next team.

As a result, three contenders emerged, including Wong, Health Minister Ong Ye Kung and Education Minister Chan Chun Sing. However, Wong stood out for his leadership in explaining the initial Covid-Zero approach and then shifting to living with the virus.