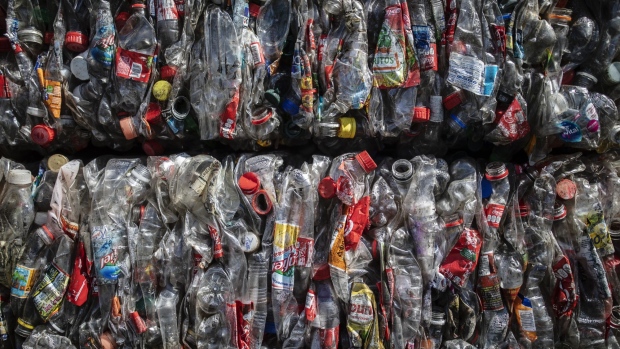 (Bloomberg) -- For some money managers, closing a $100 million fund would be akin to reeling in a big fish. For Rob Kaplan, it’s just the bait.

Kaplan, a former Walmart Inc. executive, plans to invest the $106 million he’s raised from some of the world’s biggest plastics makers in companies that promise to prevent trash from ending up in the oceans.

Targets include waste and chemicals recycling firms, and Kaplan hopes the private equity-style investments will one day yield double-digit returns -- the sort that could entice heavyweight institutional investors and pension funds to plow in money of their own.

“The impact we need to create takes many billions of dollars, not just the $100 million we’ve been able to raise,” Kaplan said in an interview in Singapore, where his Circulate Capital fund is based. “The only way we’re going to be able to do that is if we can prove an investment strategy that’s successful from a returns perspective.”

It’s estimated about 8 million tons of plastic trash streams into the world’s oceans every year, costing fisheries and marine tourism around $2 billion. Just cutting that garbage flow in half would require an additional investment of $5 billion a year, Ocean Conservancy and McKinsey & Co. analysts say.

Circulate charges fund management and performance fees, but Kaplan declined to detail what these were.

His pitch to his corporate investors was simple -- they could donate $100 million and barely make a splash, or help prove that investing in solutions is genuinely profitable. The fund plans to make 30 or 40 investments of about $2 million to $10 million each, with a focus on India and Indonesia. It’s aiming for mid- to single-digit returns at the outset.

Sustainability and impact investing is catching on as investors seek to do good and make money at the same time. Singapore’s Temasek Holdings Pte has helped establish an Asia-focused fund dedicated to impact investing while private equity giants such as KKR & Co. are also getting in on the act.

Kaplan used to be director of sustainability at Walmart. He left to work at Closed Loop Partners, an investment fund that focuses on environmentally friendly supply chains, and subsequently founded Circulate Capital.

To contact the editors responsible for this story: Ramsey Al-Rikabi at ralrikabi@bloomberg.net, ;Katrina Nicholas at knicholas2@bloomberg.net, Russell Ward