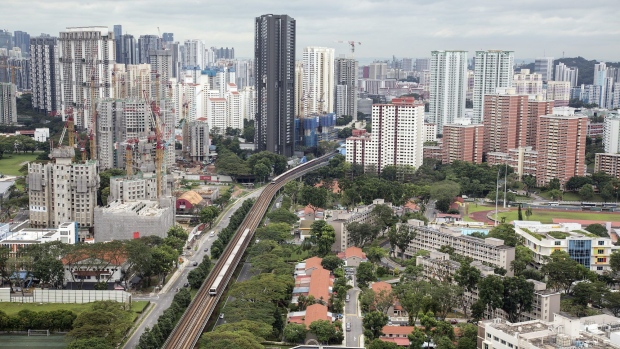 (Bloomberg) -- Singapore home prices fell for a second consecutive quarter after a two-month lockdown shut most of the economy and put the brakes on the real-estate market.

Property values declined 1.1% in the three months ended June 30, according to a preliminary estimate from the Urban Redevelopment Authority released Wednesday. In the first quarter, prices dropped 1%.

The city-state, which now has almost 44,000 confirmed Covid-19 cases -- making it one of the worst-affected countries in Asia, only started to re-open most of its economy on June 19 after an extended lockdown that shut schools, malls and most workplaces to curb the virus spread.

With display units closed and viewings prohibited, property sales have fluctuated in the last two months as people stay indoors. As the government imposed a rule limiting gatherings to a maximum five people, any proper recovery in sales should only be expected from July, analysts have said.