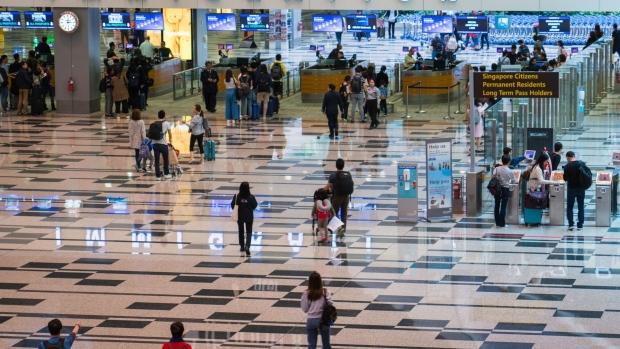 Singapore and Hong Kong will open their borders to one another for the first time in almost seven months, exempting people in both cities from compulsory quarantine in an agreement that will reinstate links between Asia’s two premier financial hubs.

Hong Kong-listed Cathay Pacific Airways Ltd. jumped as much as 7.8 per cent, the most in more than seven weeks, before closing with a 6.1 per cent gain. Shares of Singapore Airlines Ltd. rose 0.6 per cent. Both carriers have been hit particularly hard by travel curbs and the drop in demand from the coronavirus pandemic because they don’t have a domestic market to fall back on.

“This is a milestone development for Hong Kong and an important first step in facilitating the resumption of regular air travel to and from our home hub,” Cathay’s Chief Customer and Commercial Officer, Ronald Lam, said in a statement.

A Singapore Airlines spokesperson said the agreement was an “important step in our recovery strategy.” “We strongly support all efforts by the Singapore government to open up the Singapore air hub in a safe
and gradual manner.”

Hong Kong’s Yau said business travelers will get priority in the initial stages of the travel bubble, the arrangements of which could be adjusted if the epidemic improves or worsens. Details of the agreement will be fleshed out in the coming weeks, the Hong Kong government said in a statement, without giving any date for when the plan will come into effect.

Travelers must have been in Hong Kong or Singapore for 14 days before departure and will need to take mutually recognized Covid-19 tests and require negative results. Neither side disclosed the cost of the tests.

“It’s a small step but a significant one because both Hong Kong and Singapore are regional aviation hubs,” Ong said. “For the two of us to be able to control the epidemic, to come together to discuss and establish this air travel bubble, hopefully sets a model for us to forge more such relationships and partnerships.”

Hong Kong closed itself off to non-residents in March and enforced strict measures after its outbreak worsened in July. Though new daily cases have dropped to single- or low double-digits, social distancing rules remain in place, including limiting social gatherings to four people. The city has reported 5,213 infections and 105 deaths. There were 12 new cases Thursday, eight of which were imported.

Singapore, which also closed its borders in March, has 57,889 confirmed cases and 28 deaths, with the bulk of its outbreak among the migrant worker community. 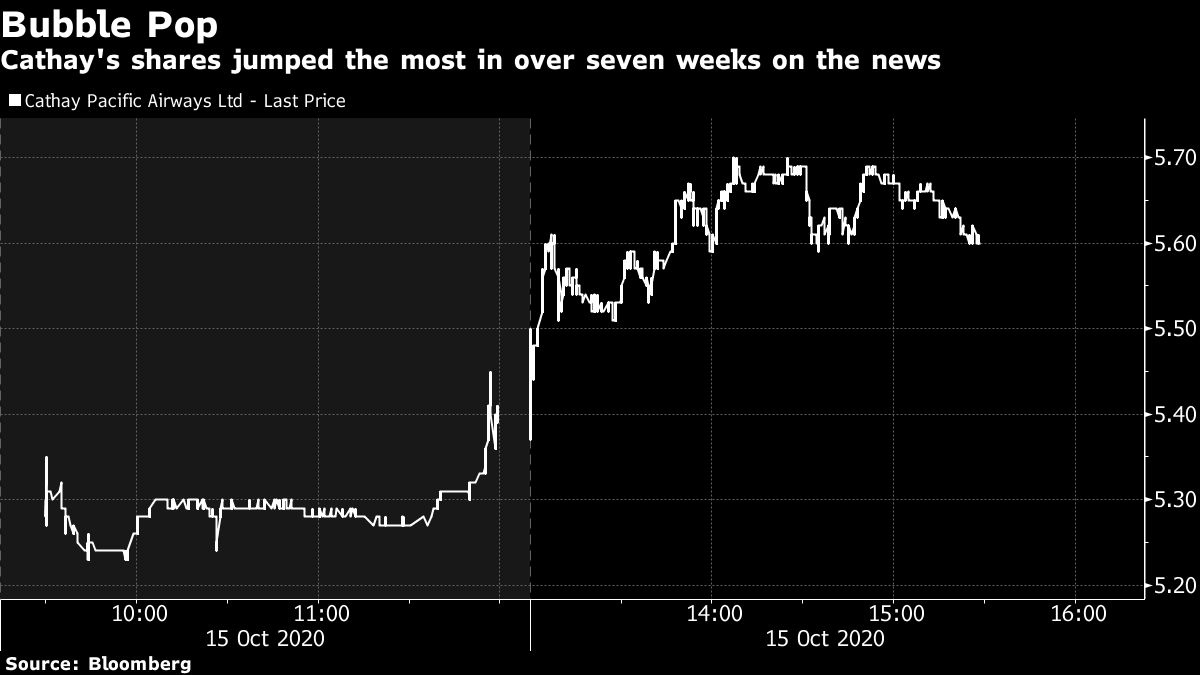 Governments around the world have been trying to create travel bubbles to help reboot their economies and aviation industries. Opening up is particularly important for places such as Hong Kong and Singapore as they rely so heavily on international connectivity.

Travel bubbles have proved difficult to establish because the virus keeps flaring, even in communities where it was thought to have been eliminated. People are largely avoiding travel, anyway, because of the strict quarantine requirements in many jurisdictions. A June survey of travelers by the International Air Transport Association found that 83% were unwilling to travel if it involved a 14-day quarantine period.

“We welcome the announcement by Hong Kong and Singapore on establishing a travel bubble between the two cities,” IATA said in a statement Thursday. “We also urge other governments in Asia to take a similar approach to replace quarantine with Covid-19 testing as part of their efforts to re-open their borders and start restoring their economies.”

In an interview with Bloomberg Television broadcast earlier Thursday, Ong said effective virus testing was key to replacing quarantine and reviving travel. “We have to gradually open up the borders, establish the key links that made us a hub,” he said.

Ong said in Parliament last week that there’s a desire internationally to cautiously open the skies up again, and that Hong Kong intended to negotiate travel bubble arrangements with places including Singapore.

Earlier this week, Singapore lowered the quarantine threshold for travelers coming from Hong Kong to seven days from 14. It added Hong Kong to its list of countries considered “well under control and the risk of importation is low,” according to the city-state’s Ministry of Health.

Singapore recorded no new local cases of Covid-19 for the first time since February this week, as it rebounds from an outbreak in migrant worker dormitories that at one stage contributed to over a thousand infections a day.

Elsewhere, Australia and New Zealand have tried to make progress on establishing a travel bubble, only for the plans to collapse. In the latest development, the eastern state of New South Wales will from Friday allow visitors from New Zealand without the need to quarantine. Travelers flying from Auckland are required to complete a declaration form stating they’ve been in New Zealand for the past 14 days. Health screening will take place on arrival and the rule covers passengers landing in Sydney. New Zealand is still enforcing mandatory quarantine.

India has established bilateral travel bubbles with 17 countries, the latest being Ukraine. That’s despite the South Asian nation having one of the worst outbreaks worldwide, with over seven million infections and more than 110,000 deaths. Other nations it has agreements with include the U.S., U.K., Germany, Afghanistan and Canada.

Some countries have agreements on fast-track travel, primarily aimed at allowing business executives to enter provided they pass tests and have necessary documents. South Korea, for example, allows some visitors to avoid the 14-day quarantine with an “Isolation Exemption Certificate” issued by a Korean embassy or consulate. Even then they must be tested on arrival and stay in a designated facility for as long as two days until the test comes back negative.

Others remain largely off-limits. South Africa has restarted flights but isn’t allowing non-resident passengers from a long list of countries including Brazil, the U.S., U.K. and India. China has suspended entry by foreign nationals holding residence permits, though there are several conditions that can bypass that, such as if the permit is for the purpose of work.

Hong Kong has required that arrivals first go to a temporary center for deep throat saliva samples when they land at the airport. Passengers wait at the center until the tests are processed, at which point -- provided the results are negative -- they can start the 14-day quarantine period. The requirements and paperwork are stricter for arrivals from places deemed high risk, which include Bangladesh, Ethiopia, Nepal, the Philippines, the U.K. and the U.S.

--With assistance from Natalie Lung, Young-Sam Cho and Eric Lam.