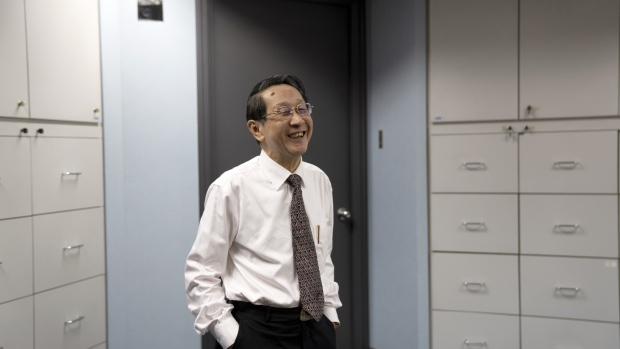 Singapore’s Hong Leong Finance Ltd. sees the country’s plan to issue virtual banking licenses as an opportunity to find new customers and re-invent itself as a tech-savvy lender to the nation’s new businesses.

The firm, founded in 1961, has been in talks with financial-technology companies about a joint application for one of the licenses, according to President Ang Tang Chor. It wants to find a partner that will help it apply technology to its lending decisions, with a view to doing more business with millennials and newly established firms.

“We have the customer base, we have the reach but we don’t have the platform,” Ang, 70, said in an interview.

The Monetary Authority of Singapore announced plans earlier this year to grant up to five virtual bank licenses to fintechs and other non-bank firms in a bid to introduce more competition into its financial industry. Applications for the retail and wholesale licenses are due by the end of the year.

About 70% of Hong Leong’s loan book is made up of advances to small and medium-sized businesses in areas such as property development, food and beverage and logistics, with lending to retail customers accounting for the rest.

Ang said Hong Leong requires potential borrowers to provide a history of financial information before approving new loans, and this can be a problem for some individuals and many smaller firms. By tying up with a tech firm to seek a virtual license, Hong Leong hopes to learn how to sift new data sets, such as real-time information on company invoices, or individuals’ credit card records and social media posts.

“The fintechs have one advantage: they lend against data,” Ang said. “That is now slowly becoming more and more important to financial institutions” which have traditionally used other criteria such as company balance sheets, he added.

The firm, which still uses faxes in parts of its application process, is also looking to revamp in other ways, such as by introducing payment cards for expatriate workers, and instant credit risk assessments for car loans.

Why Asia’s Banking Hubs Are Making Virtual a Reality: QuickTake

Ang declined to name the tech firms he has been talking to, though he said some are reluctant to enter tie-ups because they want to submit solo applications. But in any case, Hong Leong needs to adapt if it is to appeal to younger clients, he said.

“The next generation of depositors and clients are going to be people who are tech-savvy so we will have to go in that direction,” Ang said.

To contact the reporter on this story: Ishika Mookerjee in Singapore at imookerjee@bloomberg.net

To contact the editors responsible for this story: Lianting Tu at ltu4@bloomberg.net, Marcus Wright, Joyce Koh