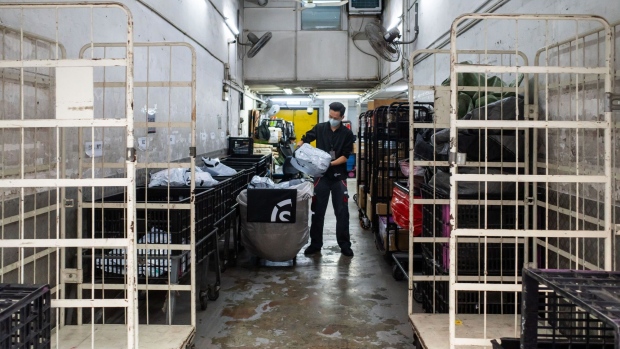 (Bloomberg) -- GLP Pte, a private equity-backed logistics operator and investor, plans to raise as much as $2.5 billion for a new fund, betting Chinese consumer spending will underpin demand for modern warehouses.

In China, GLP develops and manages modern warehouses across 68 cities, and leases to customers like express courier SF Holding Co. and logistics services provider Best Inc. The new fund will keep focusing on such assets, especially those in first-tier cities and economic hubs, in the next two to three years, Zhuge said in an interview.

“Modern warehouses are still scarce in China,” Zhuge said. “The market needs to grow 15 times to reach the same level as the U.S. on a per capita basis.”

Leasing demand for China’s logistics facilities accelerated in the second quarter, driven by e-commerce platforms, according to a report by CBRE. Overall vacancy for Grade A warehouses fell to 14.2%, the lowest since the onset of the coronavirus pandemic, CBRE said.

GLP was taken private in 2017 after a seven-year listing on Singapore’s stock exchange. It’s now owned by a consortium that includes co-founder Ming Mei, private equity firms Hillhouse Capital Management and Hopu Investment Management and manages assets of more than $72 billion in China, including logistics, data centers and renewable energy.