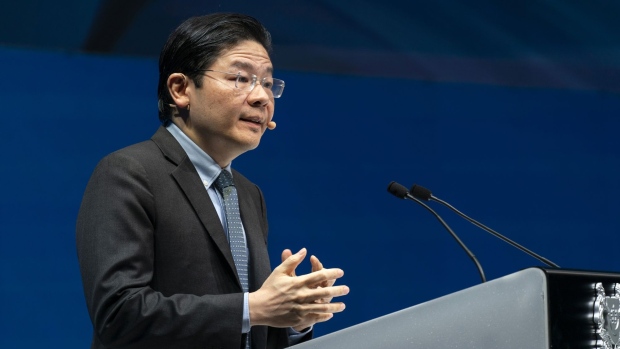 (Bloomberg) -- Singapore Deputy Prime Minister Lawrence Wong is slated to deliver what may be his most significant policy speech since being tapped as next-in-line to lead the nation, amid growing anxiety over inflation.

The Tuesday afternoon speech, announced via a Facebook post, comes as Singaporeans grapple with rising prices and warnings inflation will increase in the coming months.

Wong, who is also Finance Minister, was chosen as the leader of the Singapore government’s so-called fourth generation team in mid-April, paving the way for him to become the country’s next prime minister. Wong said last month he intends to “refresh” Singapore’s social compact and develop a “Forward Singapore” agenda that will set out a “road map for the next decade and beyond.”

Singapore last week joined governments across the world in trying to protect those most vulnerable to surging costs of living, announcing a S$1.5 billion ($1.1 billion) package to help lower-income households. Price growth picked up for a third month in May to its fastest pace in almost 14 years.

Prime Minister Lee Hsien Loong has said Singapore must prepare for more economic challenges as inflation will remain high and central banks are tightening policies, warning that the world may face a recession within the next two years.