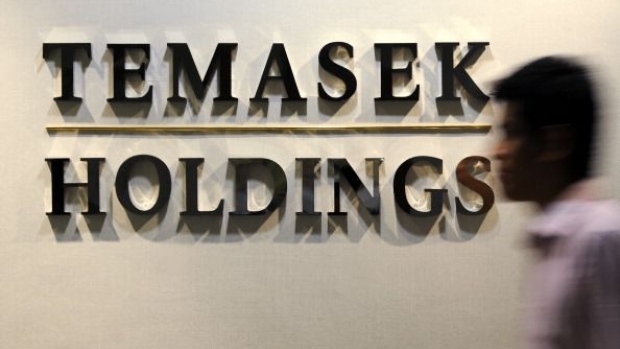 A Temasek Holdings Pte employee walks past the company's signage in their office in Singapore, on Monday, June 11, 2012. Temasek Holdings Pte said the turmoil in Europe may result in a market slump rivaling the 2008 global financial crisis, creating opportunities for the Singapore state-owned investment company to make deals. Photographer: Bloomberg/Bloomberg , Photographer: Bloomberg/Bloomberg

Temasek, which was already a minority owner in the business, acquired the London-based company that generates annual revenues of about $1 billion and has grown at over 20% a year in the past decade, according to a statement Tuesday. The value of the deal is almost $7 billion, Bloomberg News reported Monday.

Element Materials tests and certifies products and materials used in industries ranging from oil and gas to aerospace. The company, which can trace its history back almost two centuries, has more than 200 laboratories across 30 countries employing over 7,000 scientists, engineers and other technical staff.

Temasek preempted a bidding process that was expected to draw interest from other buyout firms as well as strategic investors. Cinven Ltd. and the Canada Pension Plan Investment Board were among parties reported to be interested.

The sale of Element marks one of the largest by Bridgepoint since it went public in a July initial public offering. The buyout firm currently has a market capitalization of $4.1 billion.