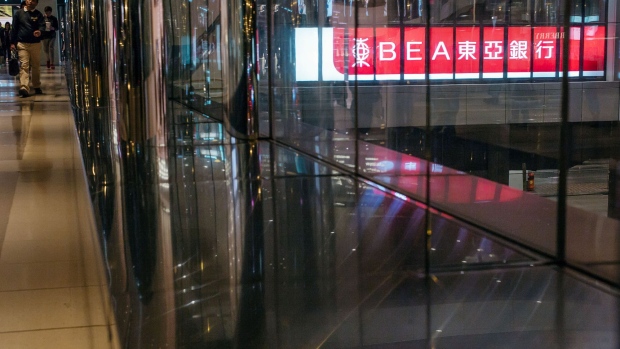 (Bloomberg) -- Paul Singer’s Elliott Investment Management plans to sell its stake in Bank of East Asia Ltd, exiting its holding from the Hong Kong-based lender after more than a decade.

BEA, as the bank is known, will repurchase 246.5 million shares in the bank held by Elliott and its affiliated entities, representing about 8.43% of the total number of issued shares, according to a statement filed with the city’s stock exchange on Friday.

The share buyback will take place in an off-market transaction of up to HK$11.78 a share, or a 7.24% discount to the last closing price prior to the announcement. That would represent a total consideration of about HK$2.9 billion ($373 million). The deal will result in an increase of about 6% in consolidated net asset value per share attributable to shareholders.

BEA plans to pay for the shares in cash from its internal resources. Goldman Sachs Group Inc. is working with the lender on the transaction.

Elliott or affiliated entities have held BEA shares since 2010. The stake purchase was followed by legal battles and campaigns to put the bank and some of its assets for sale. Last year, BEA sold its life insurance business to AIA Group Ltd. and inked a distribution partnership in a $653 million deal.