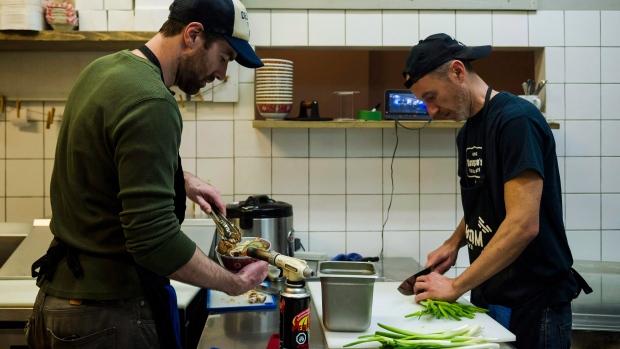 Small businesses are struggling to expand in Canada because they can’t find workers.

A record 47 per cent of respondents to a monthly survey by the Canadian Federation of Independent Business said shortages of skilled employees is limiting their growth. The rate was 38 per cent at the end of last of the year.

The shortages likely reflect a labour market that has tipped in favour of job seekers this year, with unemployment touching the lowest in decades. Companies are responding by curbing their hiring plans, the survey found, with the share of businesses planning to increase full-time employment falling to 16 per cent, the lowest in a year.

The CFIB’s index of small business confidence fell in October even after Canada reached an agreement with the U.S. and Mexico on a new North American trade pact. The index dropped to 60.5, from 61.4 in September.