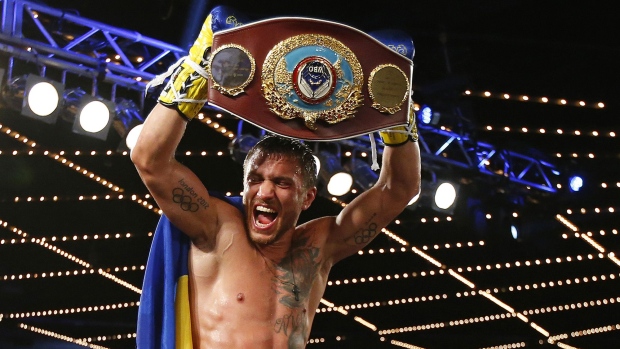 (Bloomberg) -- Comcast Corp.’s Sky has struck a deal with boxing events firm Top Rank, which has promoted stars of the sport from Muhammad Ali to Manny Pacquiao, to show live fights in the U.K. and Ireland.

Sky has signed a four-year deal to be the home of Top Rank, whose current roster of fighters includes Terence Crawford, Vasiliy Lomachenko and Josh Taylor, according to a statement Friday. The first fight, between junior lightweights Shakur Stevenson and Jeremiah Nakathila, will air on Saturday.

“We’ve always loved the U.K. and Ireland,” Top Rank President Todd duBoef said in a phone interview. “The territory is so robust for boxing.”

The deal comes little more than a week after British boxing promoter Eddie Hearn agreed a deal with the streaming group DAZN Group Ltd. that took his Matchroom promotions company away from Sky.

Under the terms of the Top Rank deal, Sky customers will be able to watch at least 18 Fight Nights a year, including women’s bouts, and access more than 50 years of archived boxing content. Sky is also partnering with BOXXER, a domestic promotion company launched in 2018 by Ben Shalom, the youngest licensed promoter in the U.K.

The new boxing offering will add to Sky’s sports stable, which includes top soccer men and women’s games, Formula 1 racing and cricket, among other events.