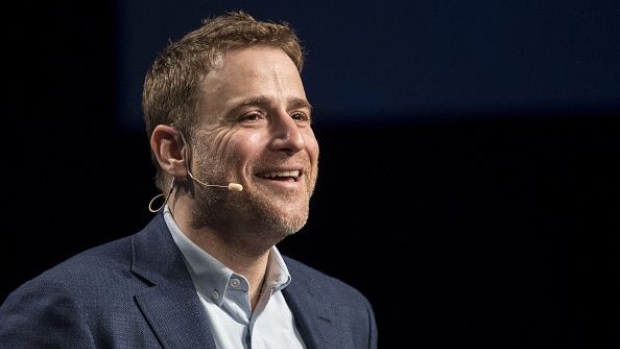 (Bloomberg) -- Stewart Butterfield, chief executive officer of Salesforce Inc.’s Slack, is leaving after less than two years, another blow to the software giant that has been roiled by an executive exodus in recent weeks.

Two other veteran Slack executives also will depart, the company said Monday, shaking up the division that Salesforce purchased in July 2021 for more than $27 billion in its largest acquisition.

Butterfield’s resignation follows the news last week that Salesforce co-CEO Bret Taylor would step down from the post at the end of next month. Butterfield, who was seen as a possible successor to Taylor, also will exit in January, the company said. Both men were credited as lead negotiators in the deal announced in December 2020 that brought the business communications platform into Salesforce.

In a memo to staff, Butterfield said his departure is unrelated to Taylor’s. “Planning has been in the works for several months,” Butterfield wrote. “Weird timing!” Slack Chief Product Officer Tamar Yehoshua and Senior Vice President Jonathan Prince will also leave the company, Butterfield wrote.

Butterfield “is an incredible leader who created an amazing, beloved company in Slack,” a Salesforce spokesperson said. “He has helped lead the successful integration of Slack into Salesforce.” Salesforce, the top maker of customer relations management software, declined to comment on the departures of Yehoshua and Prince. Insider earlier reported Butterfield’s exit.

Lidiane Jones will succeed Butterfield as CEO at Slack, the spokesperson said. Jones most recently served as executive vice president of Salesforce’s experience cloud, commerce cloud and marketing cloud units and worked for Sonos Inc. and Microsoft Corp. before joining Salesforce in 2019. Butterfield was “instrumental in choosing” her as the next CEO, the spokesperson said.

In his memo, Butterfield praised Jones, writing that she “has a deep respect for our approach to product, our customer obsession, and our unique culture” at Slack, and has “enormous credibility inside of Salesforce.”

Butterfield’s exit “is a risk for the company, given other high-profile executive departures in the past few months,” Anurag Rana, a senior analyst at Bloomberg Intelligence, wrote in a note. “This could put additional pressure on CEO and founder Marc Benioff to assure investors that the company still has a deep bench of leaders that can revive organic growth, which has seen steady decline in the past few quarters.”

Salesforce is struggling with slowing growth and increasing pressure from investors to improve profit. The company last week projected revenue would increase 8% to 10% in the current period — which would be the smallest year-over-year gain since Salesforce went public in 2004.

Salesforce also has been working to further integrate other large acquisitions, Mulesoft and Tableau, into a cohesive platform of services. Tableau, which Salesforce bought in 2019 for $15 billion, has seen a similar thinning of executive ranks recently. On Friday, Mark Nelson, the CEO of the unit, announced he would exit the company, about a year and a half after Adam Selipsky, who ran Tableau at the time of the Salesforce’s purchase, departed to lead Amazon.com Inc’s cloud-computing division. Tableau Chief Marketing Officer Jackie Yeaney and Chief Data Officer Wendy Turner-Williams also left in recent months, according to their LinkedIn biographies.

Butterfield, 49, who is a co-founder of Slack, said his time at the company since it started more than 13 years ago has been “a long and wild run,” and, unlike Taylor, he isn’t leaving to return to his entrepreneurial roots.

“Though it may sound hackneyed, I actually am going to spend more time with my family,” he wrote in his memo. “We have a new baby coming in January. Can I tell you something? I fantasize about gardening. So, I’m going to work on some personal projects, focus on health, and try to learn as many new things as I can.”

(Updates with closing share price in the ninth paragraph.)