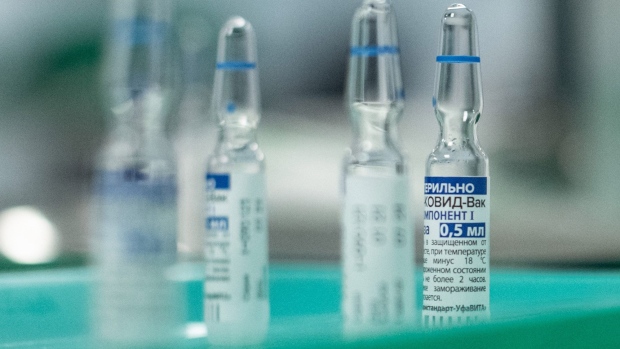 (Bloomberg) -- Slovakia’s health regulator is unable to recommend the use of a Russian coronavirus vaccine because it doesn’t have enough of information to evaluate it, a senior state official said one week after a spat over the Sputnik shots brought down the prime minister.

“Because of our inability to obtain sufficient data from the producer of Sputnik V, there is no other choice but to again request reliable and verifiable evidence that the vaccine is safe and effective,” Janka Bitto Ciganikova, the head of parliament’s health-care committee, said in a statement.

Slovak newspaper DennikN cited the local drug regulator’s report as saying that Sputnik vaccines delivered to the country had different parameters than those reviewed in a study published in The Lancet, which showed it to be highly effective against Covid-19. The watchdog declined to comment on the peer-reviewed study.

The regulator is still conducting tests, but said that it hasn’t been able to come to a conclusion about the risks and benefits of Sputnik V because of the “lack of a large amount of data from the producer, the inconsistency of the drug forms and the inability to compare batches used in various studies and countries.”

The nation of 5.5 million agreed to buy 2 million Sputnik V shots and received about 200,000 last month, but the purchase sparked a political crisis when junior coalition parties said the deal had been agreed behind their backs. The turmoil ended when the premier swapped jobs with the finance minister.

So far, neighboring Hungary has been the only EU country to approve and use Sputnik, though several other goverments have expressed interest and the vaccine is being reviewed by the bloc’s drug regulator. The Financial Times reported on Wednesday that the European watchdog will launch an investigation next week into the ethical and scientific standards of Sputnik V clinical trials.