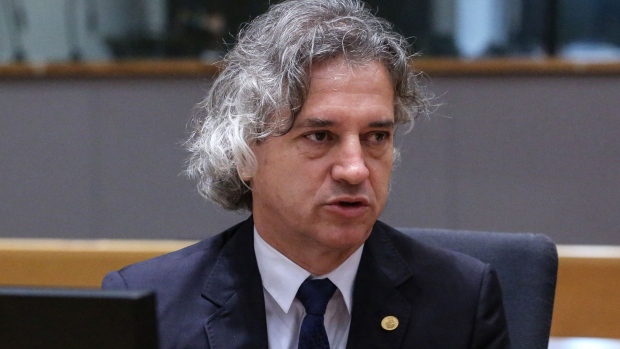 (Bloomberg) -- Slovenia’s reformist prime minister has hit a road bump in his bid to reverse the nationalist policies of his predecessor after a public feud with his interior minister triggered her exit.

Robert Golob, who defeated former Prime Minister Janez Jansa this year on a campaign to turn back the populist’s efforts to consolidate power, forced the departure of Interior Minister Tatjana Bobnar over a spat about extending the tenure of Slovenia’s top police official.

The minister accused Golob of politicizing a post dedicated to public security in the European Union member state by refusing to give the police chief a full mandate.

The decision on the police “is actually an attempt to destabilize it and establish the conditions for it to be obedient to politics,” Bobnar said in a letter sent to the premier on Wednesday, announcing her intention to resign, effective Friday.

Golob has vowed to return professional competence to the government after Jansa spent his most recent tenure in power making sweeping changes to state institutions, including the police and the media.

Jansa, who congratulated Donald Trump for victory even though the US president lost the 2020 election, often took to berating journalists and political enemies on Twitter.

Golob has pledged to push out Jansa allies from government offices as he restores democratic standards. The premier and his advisers bristled at Bobnar’s hesitation in replacing certain personnel, according to media reports, while Bobnar effectively accused Golob of adopting methods used by his predecessor.