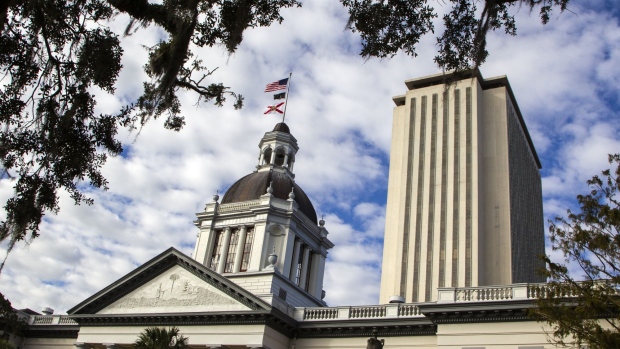 Lindsay DesLauriers was on a roll early last year. Her family had recently bought back the Bolton Valley Resort in Vermont, which her father had originally developed in the 60s. The business was on a “really positive growth trajectory,” she said. Then the pandemic hit.

Vermont’s shutdown in March 2020 came at a terrible moment for the resort, eliminating the last three weeks of the winter season along with the revenue that sustains it through the lean summer months. DesLauriers went from 300 employees to eight.

So she rushed to apply for the Paycheck Protection Program, created by Congress to aid small business owners like herself. “It was a total game changer for us,” DesLauriers said, one that enabled her to rehire all of her year-round staff.

The program allows for most of the loans to eventually be forgiven. DesLauriers also assumed the money would be tax free. But she was wrong.

Indeed, while the Internal Revenue Service won’t tax forgiven PPP loans, Vermont became one of 11 states—including California, Florida, Hawaii, Minnesota, Nevada, New Hampshire, North Carolina, Texas, Utah, and Washington—that chose to tax PPP loans or have been considering it. At least 10 other states reversed course earlier this year and decided not to impose taxes, according to the Tax Foundation, a nonprofit policy think-tank.

“We’re being put at a disadvantage by our own state government,” DesLauriers said in late April. Many businesses have delayed ponying up in the hopes the situation may change. But even with reopenings underway, some hard-hit businesses face stark challenges if made to pay. For small companies, a few thousand dollars can make a huge difference.

Small entrepreneurs aren’t the only ones crying bait-and-switch. Some in Washington have slammed states for what they consider kicking their own residents while they’re down—against the intent of Congress. “Small businesses have been the hardest hit during this crisis,” said U.S. Senator Ron Wyden, a Democrat from Oregon. “Any effort that makes it harder for them to come back will hinder our overall economic recovery.”

Typically, a forgiven loan is considered taxable income, but Congress as part of the first pandemic rescue package last spring decided PPP loans should be considered tax-free. Then President Donald Trump blocked business owners from claiming deductions for business expenses paid  with PPP money. When Congress passed the second coronavirus bailout at the end of 2020, it specifically allowed for such deductions.

But when it comes to state taxes, some legislatures are refusing to conform to the federal rules and treating PPP loans as taxable income, or barring businesses from deducting expenses paid with them—or both.

Even for states that choose just one of these options,“the revenue impact is pretty similar,” said Katherine Loughead, senior policy analyst at the Tax Foundation. If the funds are treated as taxable income, business owners must pay on the amount they received. As for door number two, under normal circumstances a business deducts regular expenses like payroll, rent, utilities and mortgage payments to arrive at their taxable income. By preventing them from doing so with PPP money—which was specifically intended by Congress to cover such costs—states force businesses to report a higher taxable income, and thus pay more taxes.

Critics of the tactic contend many states saw taxing PPP loans as a way to generate revenue during a brutal year without directly raising taxes, while some legislators recoiled at giving PPP recipients a pass, given all the examples of big companies wrongly cashing in. But Loughead said the result in those states is a tax increase “on the very businesses that have been struggling the most.”

And the damage to small businesses could last for several years. Companies that took massive losses during the worst of the pandemic would usually be able to carry those forward, so as to lower future tax bills as they recover from a catastrophic year. But if they are forced to include PPP loans as taxable income or are unable to deduct expenses paid with those funds, those losses will look artificially smaller.

“If you don’t allow that, you’ve basically tilted the playing field even more in favor of bigger companies,” said Davis Senseman, founder of Davis Law Office in Minneapolis, who advises small business clients.

With tax day having passed, many small firms have already filed their 2020 taxes rather than seek extensions. If their state legislatures pass bills that treat PPP loans as tax-free, they may be able to refile or seek a refund. But Senseman said “there are tons of small business owners who do not have good tax advice,” and thus may not know such options exist.

Daryl McLinden, managing director at TMG Consulting in Chanhassen, Minnesota, said some of his clients may have to borrow money or sell off assets to pay state taxes. Some of Senseman’s clients had discussed using their credit cards or taking out additional PPP loans just to cover their tax bills, though loans used in that way won’t be forgiven and will remain interest-bearing.

For Senseman, who took out a PPP loan for their law firm, counting the loan as income “would take me from a small loss to a small profit in a year when I actually wasn’t profitable. I would be paying tax on what feels like phantom income.”

In Minnesota’s state senate, it was Democrats who blocked a bill that would have followed federal PPP tax guidance. In explaining her vote against the legislation, Senator Mary Kunesh pointed to large, profitable companies that received PPP money intended for small firms. “It was a protest vote,” the Democrat said. While Kunesh said she wants to exempt small businesses from such taxes, she refused to say whether she would change her vote if given the chance.

Minnesota Senators Susan Kent and Jennifer McEwen, also Democrats, said they voted against the bill because Republicans defeated amendments that would also treat unemployment benefits as non-taxable income. “If we are going to have tax conformity with the feds, that’s fine,” McEwen said. “But it should be a full and fair conformity, not one that is drawn up for the sole advantage of the wealthy.”

Vermont’s approach was more complicated. The state conformed to federal tax treatment for 2020 PPP loans, but has been treating PPP loans received this year as taxable income, as well as those that weren’t forgiven in 2020—even though many business owners are still waiting to have their forgiveness paperwork finalized.

Although DesLauriers applied for her first PPP loan in April 2020 and spent it by September, she was advised not to apply for forgiveness right away since the rules kept changing. She didn’t have it forgiven until this year, when she applied for a second PPP loan. DesLauriers declined to disclose how much she received under the program. “Had we known that of course we would have done that in 2020,” she said. “But we had no idea there were going to be these severe consequences.”

More than 50 Vermont businesses signed a letter asking the legislature not to tax the loans, from the Vermont chapter of Main Street Alliance to the state chapter of the Chamber of Commerce. The groups might not always have the same policy views, said Charles Martin, government affairs director at the chamber, but they easily agreed Congress didn’t intend for the loans to be taxed.

Indeed, the states taxing PPP loans are a mix of blue and red, a rare phenomenon these days that brought together organizations more used to being enemies. “It wasn’t hard to find friends on this issue,” Martin said.

As it turns out, DesLauriers and other Vermont business owners may be able to breathe a little easier. The legislature in Montpelier last month moved to repeal the state tax on forgiven federal PPP loans, retroactive to Jan. 1, sending the bill to Governor Phil Scott last week for his signature.