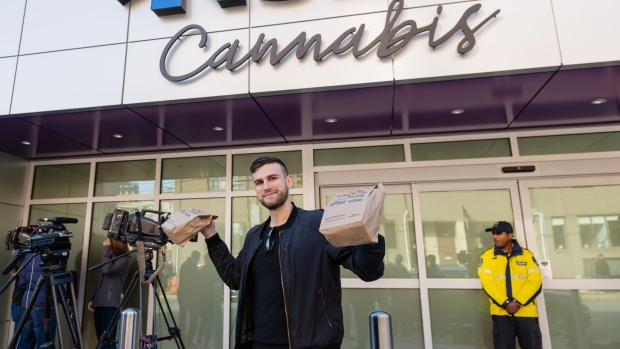 Some provinces have reported market share figures on the first month of legal cannabis sales in Canada, providing a brief window into how the rollout has gone for some of the country’s biggest pot producers.

Nova Scotia and Prince Edward Island became the first two provinces to provide monthly sales figures to producers, according to documents provided and verified by executives from three Canadian pot producers. While the figures in two of Canada’s smaller provinces shouldn’t be used to gauge sales in other regions of the country, the data demonstrates that in the early days of recreational marijuana, some of the smaller players have been punching above their weight.

Aurora Cannabis Inc., one of the biggest pot producers in the country, was the eighth on Nova Scotia’s list of top 10 pot producer sales in the past month, while its MedReleaf subsidiary was ranked seventh. Collectively, the two brands would have nine per cent of the market, tying it for sixth-place in the province along with TerrAscend Canada.

In P.E.I., Aphria was in second place with 16 per cent of the market, while Canopy Growth was in third with 14 per cent. On the Island, Aurora and MedReleaf’s collective market share would tie it with Canopy Growth for third with 14 per cent. Canada’s Island Garden, a subsidiary of Alliance One International, Inc. had 11 per cent of the market while Cronos Group’s Peace Naturals was reported to have a nine per cent share.

Beverley Ware, a spokesperson for the Nova Scotia Liquor Corporation, the province's cannabis regulator, confirmed the figures and added the agency will provide sales figures in January following an audit of its quarterly financial data. Representatives from P.E.I.’s government cannabis organization didn’t immediately respond for comment. Organigram CEO Greg Engel was unavailable for comment ahead of the company’s quarterly earnings release after market close on Friday.

The rollout of legal cannabis in Canada has been plagued by a myriad of issues including limited supply across the country, delivery delays and product recalls due to mould and insect remains.